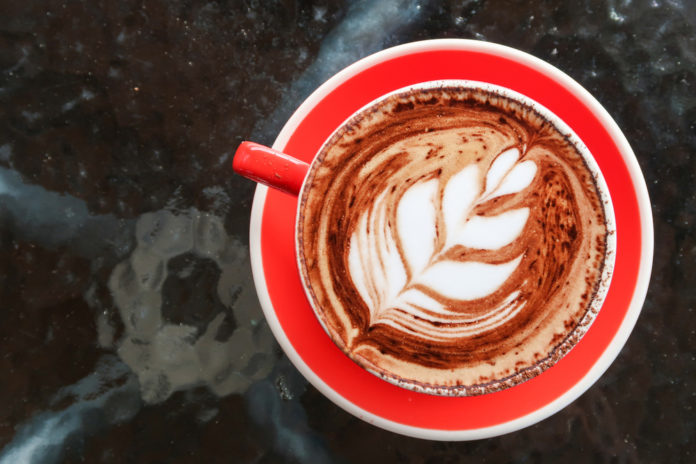 What Is a Red Latte?

A red latte (or red Rooibos latte) is prepared from Rooibos tea, a mainstay in South Africa that is making its way to the cups of many American coffee and tea devotees. And as the the name suggests, the latte is brewed with Rooibos tea, boasting a deep red color, or with a not-so-coincidentally brand called Red Espresso. But before reaching for a red latte in hopes for that a.m. morning jolt, it is imperative to note one minor detail: Rooibos is naturally decaffeinated…

But wait! Before giving Rooibos the cold shoulder, the herbal red tea is loaded with powerful compounds, with some evidence suggesting the red variety provides 50 percent more antioxidants than green tea! Nonetheless, Rooibos tea has shown to gift numerous health benefits to the body, including relieving headaches, supporting bone health, managing hypertension, boosting immunity, alleviating headaches, and reducing the risks of cancer, heart disease, and premature aging. And being naturally decaffeinated, it is a viable choice for pregnant women, nursing moms, and kids!

How to Make a Red Latte and Red Cappuccino

Before describing how to make a delicious Rooibos latte and cappuccino, let’s talk coffee lingo: While lattes and cappuccinos are used interchangeably, there are subtle, but distinctive differences between their preparation technique. According to Starbucks® 1912 Pike, which is their first address located in Seattle, “each is Italian in origin and made with espresso and milk. But the differences are created through one important function: barista craft.” Nonetheless, cappuccinos are topped with an airy, thick layer of foamed milk atop a rich shot of espresso and steamed milk, while a latte bares a thinner layer of foamed milk. And according to Red Espresso, prepare the red cappuccinos and lattes as such:

Whether with the use of a standard coffee pot or French press, prepare red espresso as you would traditional coffee. Add equal parts steamed and foamed milk.

Start with 60 milliliters of brewed red espresso. Add steamed milk and cap with a thin layer of milk.

(Waking up to red coffee in your cup has never been so simple!)

10 Best Ways to Get Back in Shape