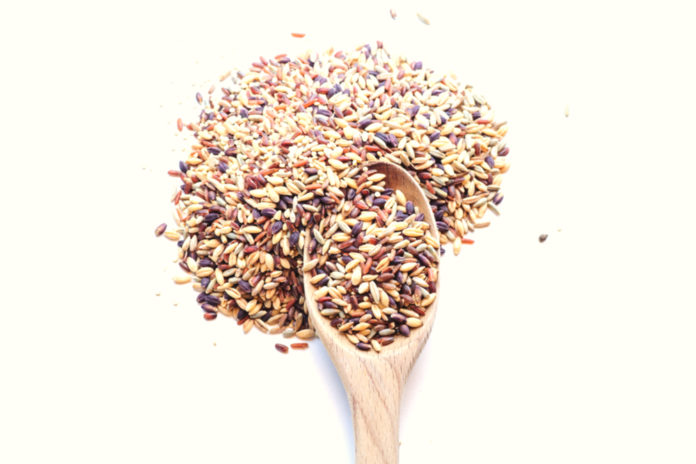 Most people recognize the health benefits from eating more whole grains and cutting back on refined grains like white bread and rice.

Ancient Grains offer many healthy meal ideas as fantastic ingredients or stand alone side dishes. Here are some of the best!

What Are Ancient Grains?

According to the Whole Grains Council, there is not an official definition of ancient grains. However, the term ancient grains is generally used for grains that have not been refined or genetically altered since their ancient beginnings.

In other words, an ancient grain from hundreds and thousands of years ago should be the same grain that is here today. This is why brown rice and wheat are not considered ancient grains; they have been refined and altered to produce white rice and white bread in recent years.

Ancient grains offer the same benefit associated with all other whole grains and generally also require less pesticide use or irrigation which is another reason they are growing in popularity.

Here is a list of some top ancient grains worthy of your pantry space.

Like quinoa, amaranth is not actually a grain but is technically considered a seed. However, it is still considered an ancient grain. Amaranth is high in protein and is an excellent source of B vitamins and many minerals. Unlike other whole grains, amaranth is also a good source of the amino acid lysine.

Green Healthy Cooking suggests a unique way to enjoy amaranth is to pop it like you would popcorn and eat it as is or add to salads or granola.

You have probably had brown, jasmine, basmati, sushi, or wild rice. What about black rice? Black rice actually turns a deep purple color when cooked.

Like other naturally purple/blue foods, black rice is a source of the antioxidant anthocyanin. This antioxidant is associated with providing specific health benefits such as:

Contrary to what the name suggests, buckwheat is actually considered a gluten-free ancient grain. Buckwheat is a natural source of antioxidants as well as being a good source of magnesium, manganese, and fiber.

Buckwheat flour can be found in most large grocery stores and could serve as a high fiber, whole grain alternative to regular white or wheat flour when cooking.

Like other ancient grains, farro is a good source of fiber, protein and minerals. Compared to other grains, farro offers a chewy texture and nutty taste.

Farro is an ancient grain that is common in Mediterranean and Italian cooking. The grain can be used as a replacement for hot cereal, risotto, added to salads, stews, or enjoyed on its own. Like other ancient grains, it is a good source of fiber, protein, and minerals.

Millet is not a single type of grain and actually refers to a group of small-seeded annual grasses. Millet is also considered one of the oldest ancient grains with ancient Greek, Roman, and Old Testament references.

Present day, millet is common in Indian, Asian, African and Eastern European cuisines. It is used as a base for chapati flatbreads, injera and even some fermented drinks. Like buckwheat and amaranth, millet is also considered a gluten free grain.

One of the most widely popular ancient grains readily available is quinoa. This grain, which is technically a seed, is considered a good source of protein, minerals, fiber and antioxidants.

Quinoa is a versatile, slightly nutty-flavored grain that can be made into hot cereal, used as a salad base, added to soups or other casseroles. Quinoa pairs well with many flavor profiles, including during the fall and holiday season as part of this roasted butternut squash and cranberry salad.

Spelt can be cooked and used as a whole grain, but it is more widely used as a flour alternative for whole wheat flour. According to The Spruce Eats, spelt originates from ancient Eastern Europe and was brought to the Americas in the late 1800s. However, it was for the most part by-passed for whole wheat flour which was more suitable for large-scale bread production.

Consider subbing in spelt flour for whole wheat or regular flour the next time you are baking for an added source of fiber and minerals. Spelt flour has a mild, neutral flavor, so no one will know you are adding in this ancient grain to your baking.

Like quinoa and amaranth, teff is considered a superior grain source of protein and minerals. Teff, which is actually a type of millet, can be found in flour form and is used in traditional African dishes such as injera. Like spelt, teff can be used as an alternative to whole wheat flour.

suggests you can keep eating traditional whole grains like oats and brown rice, but add in some variety with ancient grains. Doing so helps one get all the varying health benefits ancient and modern grains provide.

Better yet, buy ancient grains in their pure form as either a whole grain or ground up as a whole grain flour and experiment with them in the kitchen!

Should You Take Immune-Boosting Supplements When You’re Sick?