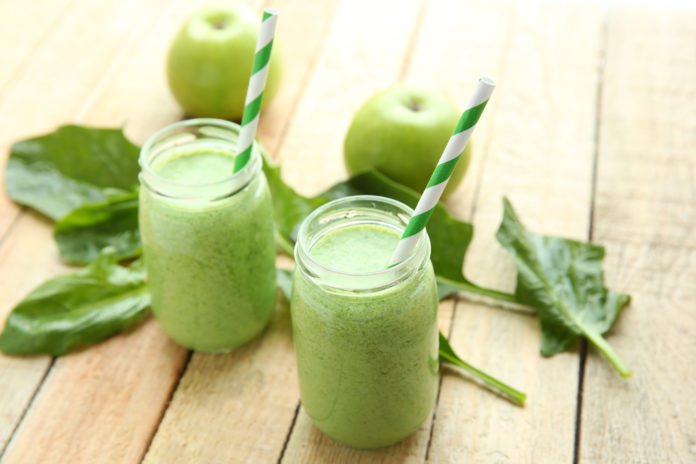 Did you know the USDA’s 2015-2020 Dietary Guidelines endorses the intake of at least two and a half cups of veggies and two cups of fruits on a daily basis? But according to the Centers for Disease Control and Prevention (CDC), only one in 10 Americans are eating enough fruits and veggies! Nevertheless, and based on the general guide of “5-A-Day,” this green apple pie smoothie recipe provides 80 percent of your daily needs! So turn off the oven and whip out the blender… Getting in those fruits and veggies has never been better!

Sip on apple’s fall relative: pumpkin! This simple bistroMD recipe blends all of your favorite fall flavors into a delicious pumpkin-inspired protein shake! And with hints of banana, cinnamon, pumpkin (and don’t forget these reasons to obsess over pumpkin), what’s not to fall for?

Brought to you by Silk, this sippable lemon cream is your new breakfast dream!

Staying onboard of the citrus bus… Sip your way to the tropics with this key lime pie smoothie recipe!

Always Feeling Bloated? This Could Be Why

What Happens When You Don’t Drink Enough Water