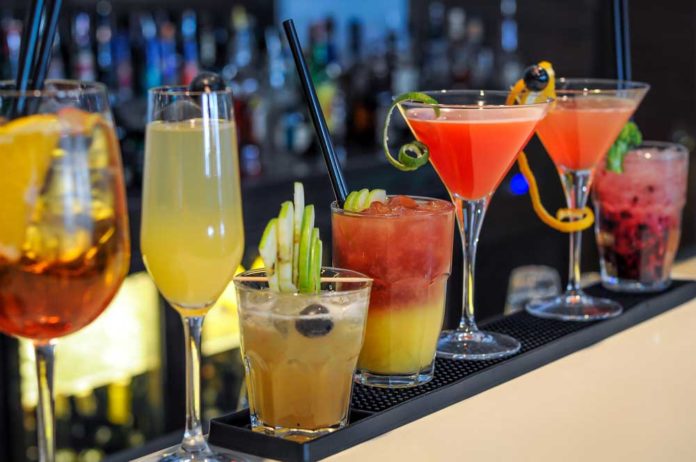 According to the 2015 National Survey on Drug Use and Health (NSDUH), an approximate 86 percent of people aged 18 or older reported they drank alcohol at some point in their lifetime; 70 percent reported alcohol consumption in the past year; while 56 percent reported they drank within the past month.  With the large amount of alcohol use, can people truly differentiate between popular alcohol myths and facts? These so-called “facts” about alcohol may not be truthful at all, and pour out another side to their story.

10 Facts About Alcohol That You Thought Were True

1. Alcohol is Not As Harmful As Other Drugs

The Truth: The social acceptance and legalization of alcohol tends to dismiss the harm alcohol may cause. Although alcohol can fit into a well-balanced diet when moderated, abuse of the drug can result to significant consequences. A night of binging can lead to significant injury and even death, while long-term alcohol abuse increases the risk of cancer, liver disease, and many other potentially fatal health conditions.

Tre Truth: Beer, wine, and liquor… Alcohol is alcohol and all contain ethanol and detoxified in the same manner. A standard drink size (12 ounces of beer = 5 ounces of wine = 1.5 ounces of hard liquor) should produce the same intoxication level, as they all contain the similar amounts of alcohol. However, it is not too uncommon for individuals to drink more hard liquor (especially if taking shots) compared to sipping on a pint of beer or glass of wine. Ultimately, an increased volume of hard liquor and how quickly it is ingested heightens intoxication levels.

The Truth: “Tequila makes me…” While you might be “blaming it on the alcohol,” different liquors are not exactly the cause of different behaviors, according to what science says. What is the cause, though, is the amount consumed and what individuals perceive the drink is and what actions it may cause. Also known as the placebo effect, researchers suggest individuals who expect to get drunk, even without alcohol, may report feelings of intoxication. Additionally, being in a socially conducive environment with the hope or thought of becoming drunk (crazy or not) may surface such behaviors.

4. Beer Before Liquor, Never Been Sicker

The Truth: When it comes down to it, there really is no sequence that causes a stronger hangover than the other. Rather than playing trial and error on which leads to the worst symptoms in the morning hours, practice moderation, drink on a nourished belly, and keep hydrated with water.

The Truth: If using alcohol as a sleep aid, you may be doing more harm than good. While a glass of wine may induce feelings of tiredness, alcohol interferes with natural sleep cycles and can be quite damaging in the long run and eventually disrupt quality sleep altogether.

The Truth: Well, maybe for the moment… But mixing alcohol with energy drinks is a big no-no. Acting as a depressant, alcohol pairing with the caffeine from energy drinks is a dangerous duo. In fact, mixing the two can lead to concerns in both physical and public health, as riskier behaviors have been linked to alcohol mixed with energy drinks, mostly heightening risk of brain damage and other injuries.

7. Taking Aspirin or Ibuprofen Before a Night Out Lessens the Risk or Effects of a Night Out

The Truth: No, a six pack hangover cannot (and should not) necessitate six aspirins, as aspirin and ibuprofen are not the holy grail to a hangover cure. While they may offer mild headache relief, the water consumed may be a contributor, too.

8. Hangovers Can Be Avoided with “Fourth Meal”

The Truth: So maybe coating your stomach with a late night meal seems to off balance a night a boozing… But research has shown eating before or during drinking is the go to route for diminishing those unpleasant symptoms the morning after. However, the only way to avoid a hangover is by not drinking at all, or at least sticking to the recommended serving and portion sizes.

The Truth: Okay, this one is slightly tricky… Yes, light beers do have lesser calories and carbs than most dark beers and other alcoholic beverages. However, it is all too common individuals validate their lower nutritional content as a green light for more, subsequently overcompensating and still adding on calories. Find more on the best and worst beers for weight loss here.

10. A Shower Can Sober You Up Quickly

The Truth: While the running water may help you wake up, a shower will not make you sober. (Neither will a cup of coffee, exercise, or any other commonly perceived methods…) Sobering up is based primarily on digestion rate, with time being the dominant factor of lessening feelings of drunkenness. As a general rule of thumb, one drink takes approximately an hour to an hour and a half to become processed within the body.

Foods to Eat & Which to Avoid to Fight Breast Cancer