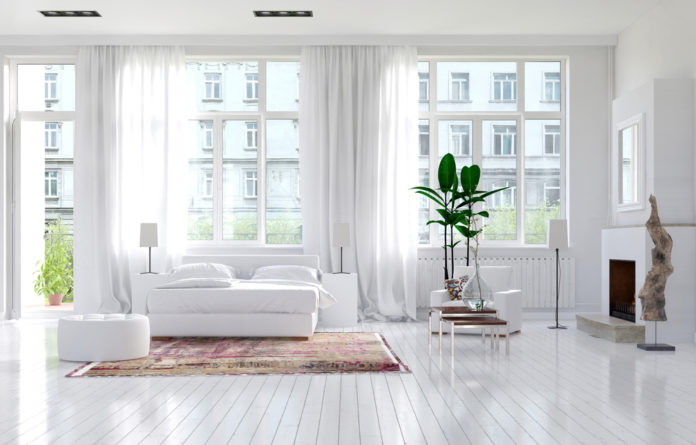 Unlike the foods we choose to ingest, being exposed to toxins in the environment is often out of our control.

Considering some of the compounds are poisonous and linked to serious health concerns, cancer included, it may seem quite alarming to be ghosted by these invisible compounds.

But by identifying and finding toxins, you can limit and avoid their exposure as much as possible.

Commons Toxins in the Environment

While there are numerous environmental toxins, here are just a few of the more common ones, where they are primarily found, and how to limit and avoid their exposure as much as possible.

Lead is a naturally occurring element found in all areas of the environment, including the air, the soil, the water, and even inside our homes. The chemical is also used to be regularly found in paint, gasoline, and factory emissions.

While it does bare beneficial uses, its exposure can be highly toxic and lead to lead poisoning and affect almost every organ of the body. Pregnant women and children are particular populations of concern, as lead can stunt growth and lead to a plethora of learning problems.

Federal and state regulatory standards have luckily helped to reduce the amount of lead in air, drinking water, soil, consumer products, food, and occupational settings, though it is still imperative to take the precautionary steps to lower lead exposure, including with this lead poisoning home checklist.

Mercury is a naturally-occurring chemical element found in rock in the earth’s crust and becomes a problem for the environment when it it is released from rock and ends up in the atmosphere and water.

While volcanoes and forest fires can emit mercury into the atmosphere, burning coal, oil and wood is much to blame. However, the primary way people become exposed to the element is by eating fish and shellfish that have high levels of methylmercury saturating in their tissues.

Overexposure of mercury can harm the brain, heart, kidneys, lungs, and immune system of people of all ages. However, its toxicity is more well-known and flag of concern in pregnant women and growing fetuses, as mercury has been linked to developmental delays and brain damage to the fetus.

Standing for bisphenol A, BPA is a manmade chemical used in plastics, including containers for foods and beverages such as water bottles and canned goods.

While the FDA warrants low levels of BPA is mostly safe, overexposure has been linked to a plethora of health effects, including on the brain and prostate glands of developing fetuses and children.

Using BPA-free products and reducing the use of plastics and cans is recommended, along with avoiding heat exposure (such as the microwave or dishwasher) in BPA-containing products and swapping to glass and stainless steel products.

Radon is a naturally occurring radioactive gas that cannot be seen or smelled. The gas is a byproduct of the natural breakdown of uranium and primarily found in the ground, groundwater, or building materials that enters working and living spaces, particularly saturating tunnels, caves, and bath spas.

Just second to smoking, radon is a leading cause of lung cancer and is the number one cause amongst non-smokers.

Considering the severity of radon exposure, new home owners are encouraged to test for its presence with a kit or call in a certified radon mitigator in your local area.

Formaldehyde is a colorless, flammable gas that has a distinct, pungent smell. The gas is naturally produced by plants, animals, and humans and used in a wide variety of products, including fertilizer, paper, plywood, household cleaners, antiseptics, medicines, and cosmetics.

Its primary way of exposure is by breathing it in, particularly in indoor areas releasing the gas from the common sources mentioned.

Formaldehyde is well-known for affecting health, even being declared as a carcinogen (a substance capable of causing cancer). Formaldehyde can also cause irritation of the nose and eyes, neurological effects, and an increase allergy and asthma symptoms.

Triclosan is an antibacterial and antifungal agent added to many consumer products to prevent or reduce the risk of contamination.

The agent is widely found soaps, toys, toothpaste, cosmetics, kitchenware, furniture, and clothing. While the benefit of reducing contamination risk of is rational, there is some evidence concerning its link to skin cancer.

Until more is known about the safety of triclosan, consumers are encouraged to be cautious and limit the use of the products it sources.

How to Identify and Reduce Toxin Exposure

As mentioned, environmental toxins are bountiful and you are likely to be exposed to them without even knowing it. So how do you identify and combat against ghosted toxins? The following steps can help reduce their exposure:

Take inventory of the products you use that might contain harmful toxins, including the ones listed above, such as household cleaning supplies, makeup, shampoo, paint, and pesticides.

Overtime, you will start becoming more mindful of such toxins and make a habit of using more natural, organic products.

While you cannot always change the external environment, make an effort to clean the air at home, work, and immediate surroundings.

Reducing smoke, fumes, pet dander, and mold with an air purifier and homemade all-natural cleaners can help ensure fresher air in your personal surroundings. Enveloping the home with these air purification plants can help remove toxic agents that fume common households repair, whilst connecting indoor environments to the great outdoors.

While totally avoiding air pollutant exposure is difficult, if not impossible, there are actions one can take to minimize and protect against overexposure.

The United States Environmental Protection Agency (EPA) encourages us to conserve energy anywhere and any way possible, carpool with others or use public transportation, bike to work, and compost

Now that you know how to identify toxins and reduce exposure risk, it is important to spread awareness! Doing so can spark others to go green and more natural in a number, thus limiting overall environmental toxins and associated health risks.

What Happens When You Stop Working Out

How to Trick Yourself Out of Unhealthy Snacking