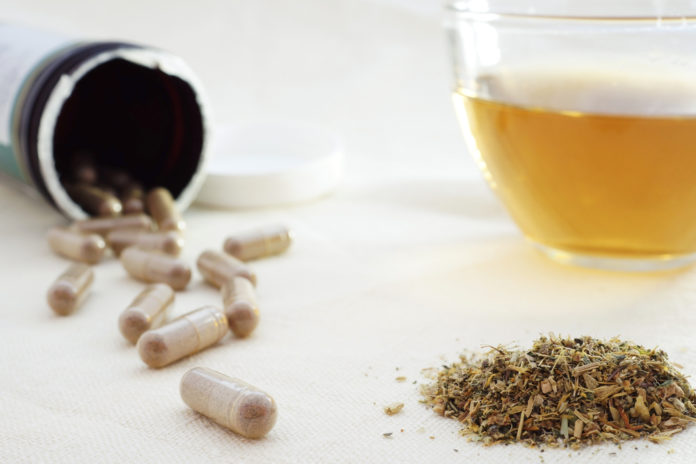 The rising interest of L-theanine is flooding the health world for its highlighted benefits. It is mostly promoted to naturally support brain health and cognition without any adverse side effects.

But what exactly is L-theanine? Does it truly live up its hype? Here is what you should know, including potential benefits and uses!

L-theanine, or simply theanine, is an amino acid, which a building block for proteins. It offers strong antioxidant and anti-inflammatory properties that can be beneficial to health.

Theanine is naturally sourced from the leaves of tea and certain types of mushrooms. The amino acid is often manufactured into supplemental form as well.

Structurally, theanine is similar to another amino acid known as glutamic acid or glutamate. Some functions may be similar, including nerve impulse transmission, but theanine may block glutamate.

People often turn to theanine in an effort to feel more relaxed and lower anxiety levels. What’s more, the effect of L-theanine appears to be safe in the short-term. However, its use bares moderate warnings related to interactions of certain prescription drugs.

The amino acid is commonly explored in managing and preventing a number of health conditions. These include depression, anxiety, high blood pressure, cancer, and attention-deficit hyperactivity disorder (ADHD). It may also help improve sleep, manage weight, and boost the immune system as well.

Tea low in caffeine has been suggested to induce and improve sleep patterns. But L-theanine may also increase GABA release. GABA is a neurotransmitter that promotes relaxation and helps the body fall and stay asleep.

Unlike GABA, glutamate is a neurotransmitter in the brain that keeps us alert. However, L-theanine is suggested to block glutamate, which may further employ the amino acid’s link to sleep improvement.

Taking 200 milligrams (mg) of L-theanine before bed may improve sleep quality without inducing daytime drowsiness. A study showed 400 mg daily was safe and effective in improving sleep quality in boys diagnosed with ADHD.

L-theanine has been considered to cause anti-stress effects by reducing the excitation of neurons in the brain. This is similar to the pattern the amino acid has on sleep.

A study in the Journal of Physiological Anthropology found L-theanine reduces anxiety and blood pressure in adults with a high-stress response. This was the first study to research both L-theanine and caffeine under conditions of acute psychological and physical stress.

Ultimately, study participants with high blood pressure notably decreased their levels while taking 200 mg of theanine daily for seven days. This was compared to those participants in the caffeine plus placebo group.

According to the Alzheimer’s Drug Discovery Foundation, L-theanine might be beneficial in reinforcing brain health. More specifically, the amino acid may have the potential to improve attention and alertness in combination with caffeine.

Research suggests L-theanine has modest and short-term, yet positive effects on cognitive function. Some evidence supports L-theanine has a significant effect on the general state of mental alertness or arousal.

While the evidence is somewhat modest, a study published in Nutrition Reviews indicates L-theanine intervention enhances immune function. Furthermore, supplementing with capsules containing L-theanine and catechins has been shown to decrease the incidence of cold and flu symptoms.

L-theanine may enhance gamma delta (γδ) T cells, too, a distinct subgroup of T cells. These cells are primarily found in epithelial tissues, where they have crucial roles in tissue repair and protect against infection.

In 2016, there were an estimated 15.5 million cancer survivors in the United States according to the National Cancer Institute. Fortunately, the number of cancer survivors is expected to increase to 20.3 million by 2026.

While trends show that progress is being made against, much work remains and the cure for cancer lives on. However, the American Association for Cancer Research suggests L-theanine may be used as an effective chemo-preventive agent.

Theanine may be beneficial in the treatment of human lung cancer and leukemia. Based on a report published in Molecules, theanine may induce apoptosis in breast, colon, hepatoma, and prostate cancer cell lines. It may inhibit tumor cell migration, too.

Weight loss can be a challenging process, though a caloric deficit is mostly warranted. However, other metabolic factors can likewise play a role. For instance, there is a vast interest in the role of green tea on weight management related to its thermogenic property.

Thermogenesis is a metabolic process when the body burns calories to produce heat. This may lead to weight loss by increasing calorie burn. An animal study found caffeine and theanine were responsible for the suppressive effect of green tea powder on body weight and fat accumulation.

But aside from the direct link, L-theanine may also play a role in weight maintenance in a more roundabout way. For instance, the amino acid can positively impact anxiety and sleep, two factors that have a significant influence on weight.

L-theanine is generally well tolerated by healthy adults and further evidence supports an upper limit of 250 milligrams (mg) daily. Most studies use 200 mg per day as well.

To put these numbers in perspective, a standard 200-milliliter cup of tea supplies an average of 24 mg. However, the caffeine content is also dependent on the tea’s quality and preparation technique.

WebMD does warn though, pregnant and breastfeeding, women should avoid use related to the scarcity of reliable data. Parents should consult with their child’s physician before beginning L-theanine use, too.

And while L-theanine negative side effects are uncommon, the amino acid may interfere with some medications and supplements, including:

Ultimately, always consult with a physician before using L-theanine and theanine supplements. This includes for any sort of supplement, for that matter, to ensure the quality and safety of the product.

Also, be cautious of the amount of caffeine consumed. While it can be consumed safely, negative side effects of caffeine can also occur. Common symptoms include irritability, anxiousness, nervousness, restlessness, rapid heart rate, and increased blood pressure. Caffeine can interact with medications, limiting and/or disrupting their effectiveness as well.

The Mayo Clinic recommends caffeine intake of up to 400 mg per day. For pregnant women, the American Pregnancy Association says the less caffeine consumed, the better. The American Academy of Pediatrics recommends adolescents consume no more than 100 mg a day. They should not consume caffeinated beverages on a regular basis either.

Benefits of Bitter Melon and 5 Ways to Use It