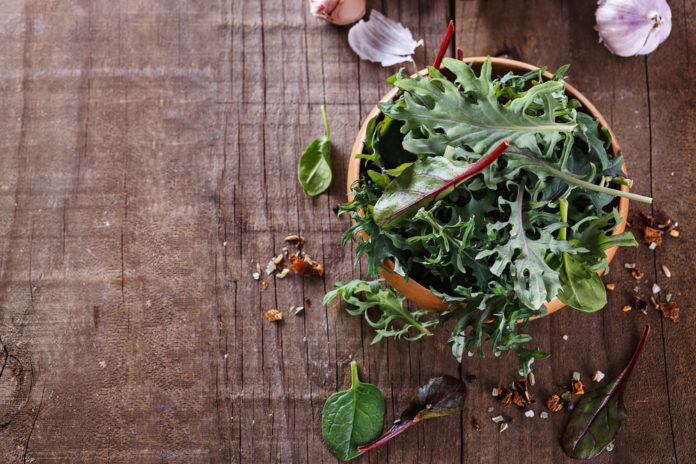 What Is Vitamin K?

Vitamin K is a fat-soluble vitamin naturally present in various foods and is available as a dietary supplement. The vitamin is further divided into vitamin K1, K2, and K3.

Phylloquinone, also known as vitamin K1, is found naturally in plant sources and makes up to 90 percent of all vitamin K consumed. Vitamin K2, also known as menaquinone, is synthesized by bacteria in the intestinal tract and found in fermented foods. Unlike vitamins K1 and K2, Vitamin K3, or menadione, is a synthetic form and often used as a supplement.

The availability of vitamin K is absolutely critical to produce prothrombin, a clotting factor that is necessary for blood clotting and bone metabolism. (Fun fact: the “K” is derived from the German word “koagulation,” in which coagulation is defined as the process involved in blood clot formation.)

Whereas most Americans achieve the daily value (DV) of 80 micrograms (mcg) daily and not at risk for a vitamin K deficiency, newborns and those living with a malabsorption disorder such as cystic fibrosis have a greater likelihood of being deficient in the nutrient.

Nonetheless, vitamin K is vast in the food supply and gifts some quite impressive health benefits!

In addition to its need for blood clotting, vitamin K may also support cardiovascular health by lowering the risk of artery calcification.

Also known as arteriosclerosis, artery calcification is the progression of atherosclerosis, in which blood vessels become narrowed by cholesterol deposits. The fatty deposits can then harden and potentially block the artery, thus increasing the risk of stroke, heart attack, and other complications of the heart.

Whereas calcium and vitamin D are both well-known for their supporting roles in bone support, vitamin K has also shown to support the maintenance of strong bones by improving bone density.

The International Osteoporosis Foundation further reports vitamin K may slow down bone loss after menopause in women and increase bone strength and decrease and/or limit the risk of fractures in people suffering from osteoporosis.

While the search for cancer’s cure continues, there is some evidence showing vitamin K gifts anti-cancer properties, including by disrupting tumor growth and progression.

Higher dietary intake of vitamin K2 has also been linked to a lower risk of developing breast and liver cancers and cancer-related deaths.

There is some evidence the vitamin is associated with improved cognition and behavior among geriatric patients, even under consideration in the fight against Alzheimer’s disease.

Furthermore, research published in Neurobiology of Aging found higher concentrations of vitamin K in the blood has been associated with better verbal episodic memory performances.

Vitamin K may be inversely associated with insulin resistance, a condition in which the body’s cells become resistant to insulin and increases blood sugars, and is a driving factor for type 2 diabetes.

Likewise, higher dietary and supplemental vitamin K intakes have been associated to greater insulin sensitivity and better glycemic status, which lowers the risk of type 2 diabetes.

Reported by Life Extension Magazine, a 2014 study on vitamin K confirmed ample vitamin K intake can help you live longer. More specifically, in a group of more than 7,000 people at high risk for cardiovascular disease, people with the highest intake of vitamin K were 36 percent less likely to die from any cause at all, compared with those having the lowest intake!

Nonetheless, a multitude of studies now point to the fact that adequate vitamin K intake, including supplementation, can offer prevention against atherosclerosis, osteoporosis, diabetes, and cancer, thus reducing the risk of complications and premature aging and death.

While vitamin K is vital to health and bares some impressive benefits, it does come with some words with caution.

There is a bounty of drugs and health conditions that can interfere with the effects of vitamin K, including antacids, antibiotics, aspirin, high cholesterol, and seizures.

That being said, these sort of populations need to monitor the amount of vitamin K they consume. Likewise as important, do not use vitamin K supplements unless recommended by a primary care provider and under their supervision.

High-Fat Diets Are on The Rise but Are They Dangerous?

17 Ingredients to Make a Super Smoothie