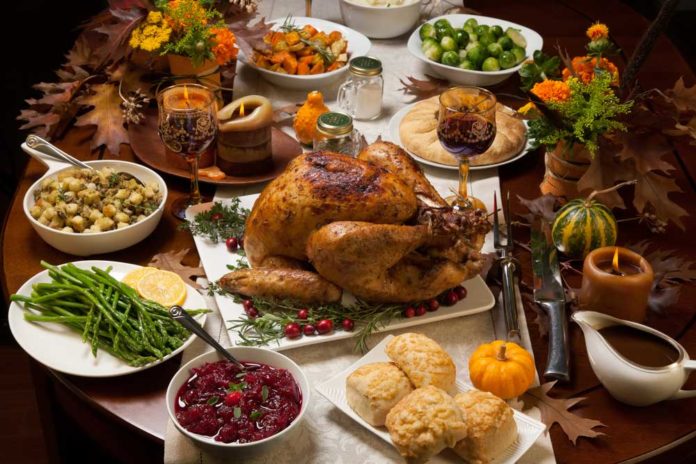 The Truth: Perhaps one of the most recognized turkey tales relates to that anticipated Thanksgiving nap. The theory of turkey making you sleepy is primarily related to its tryptophan content. Tryptophan is an amino acid required to synthesize serotonin, subsequently heightening levels of melatonin and often supplemented to improve the body’s sleep and wake cycles. But turkey does not work alone, as research suggests the effects are also based on the compilation of other carb-rich foods. While turkey is needed to fill the tryptophan tank, carbohydrate is suggested to “empty” it out into the brain. And when visualizing your holiday meal plate, a turkey leg is often paired with rolls, mashed potatoes, and casseroles where the total meal plate filled with both tryptophan and carbohydrate is suggested to induce sleepiness, rather than turkey primarily on its own.

The Truth: When it comes to selecting between the two, dieters may be handling the white potatoes like hot potatoes. While sweet potatoes do have a higher vitamin A and potassium content, they both are rich in starch and fiber. And regarding their Thanksgiving contributions, the most importance piles onto sticking to moderated portions of buttery mashed potatoes and marshmallowy sweet potato casserole…

The Truth: While multigrain rolls do tend to offer more fiber and B vitamins than white rolls, it should justify or signal a green light to overdo it. But similarly mentioned about white and sweet potatoes, both are considered carbs and should be moderated. And not to mention, the added butter, jams, and other favorite sugary spreads should also be considered and controlled.

The Truth: Individuals tend to believe white meat is the epitome of a healthy lean meat, which may leave darker colored pieces of chicken in the fridge for following days to come. But the primary disparity between white and dark meat is not solely based on its nutritional value, but muscle fibers. Dark meats contain myoglobin, a protein responsible for shipping oxygen to the muscle cells, with more frequently used muscles offering a darker color, making it more logical drumsticks, thighs, and wings are considered dark meats; the breast and wings are known as white meats related to their short bursts of movement, such as a flapping their wings. But the biggest fly-away message is reducing fried pieces with remaining skin, as both white and dark meats supply adequate protein and offer rich nutrients, including vitamins A, K, B6 and B12, and folate, iron, niacin, pantothenic acid, riboflavin, phosphorus, selenium, and zinc.

Myth #5: Canned pumpkin is not as nutritious as fresh pumpkin.

The Truth: While fresh tends to be pushed as the superior healthy option, we must not discount just how valuable canned products can be.  Although kudos to you if you prepare your own pureed pumpkin each year, its canned counterpart is still nutritionally-dense and offers significant convenience, taking one less task off your plate in the kitchen and delegating more time with loved ones.

Myth #6: Turkey was the star of the show during the first Thanksgiving.

The Truth: Well, we don’t think so anyways… According to History, the first Thanksgiving dates back to November 1621. But the menu then may not have featured that notorious Thanksgiving turkey we serve up today. According to historical records, the colony governor sent men to hunt fowl for the three-day event. Though turkey were plentiful in the area and at the time, the arrival ducks, geese, and swans may have been the birds plated…

The Difference Between Extra Virgin Olive Oil vs. Olive Oil

10 Exotic Nutritious Fruits You Should Eat