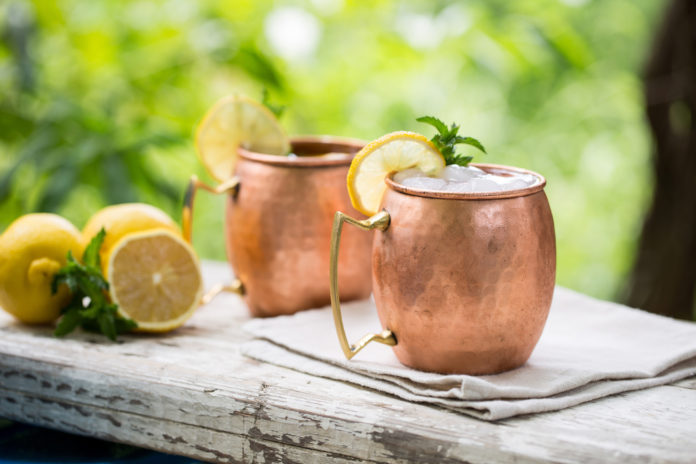 According to Alcohol Concern, Dry January is the annual movement through which millions of people give up alcohol for the month of January. Whereas Dry January is mostly practiced and popularized in the United Kingdom, the public health campaign made its way overseas and sparked the interest of New Year’s Resolutioners or those simply desiring a healthful makeover shadowing the food and alcohol-filled holiday season.

While it is well-known excessive drinking can cause serious consequences to health, are there actually benefits of not drinking alcohol for one month?

Should You Make January Dry?

First off, taking a month off of drinking will not exactly turn back the time clock, nor make it acceptable to freely drink the rest of the year. However, giving up alcohol for Dry January may turn into drier months (and a healthier and happier life) ahead. Though drinking alcohol does not necessarily make you unhealthy, excessive intake has undoubted health consequences and the benefits of not drinking alcohol are nonetheless compelling.

The Benefits of Not Drinking Alcohol

Hang Up the Hangovers

Hitting the club may have seemed worth it at the moment, but perhaps waking up to a pounding headache was more than you bargained for… Though also dependent on the volume of alcohol consumed, perhaps one of the greatest benefits of not drinking alcohol is not waking up to a hangover.

Saying “no” to those tequila shots can keep you rested enough to be a productive human being the next day, including tackling that morning workout and preparing yourself a nutritious breakfast! (But without the bottomless mimosas…)

Gaining that notorious “beer belly?” Alcohol supplies calories as is, and mix it with sugary mixers and syrups, a single drink can pour out hundreds of calories. And if you thought that fruit-topped beverage was “healthy,” you may want to rethink and reconsider your go-to drink.

Oh and not to mention, those late night drive-thru runs following a drinking bender… Giving up those regular nights out can give up thousands of calories and facilitate weight loss, even if for one month.

While losing weight is good and all, health is much more than the number on the scale. Canning alcohol from the diet benefits the body from the inside out, including improving skin complexion, digestive health, and sleep cycles, along with lowering the risk of organ damage and certain types of cancers in the long run.

Giving up alcohol can also improve mental health, as alcohol has been linked to feelings of sadness, depression, and anxiety.

If you tout yourself as the “life of the party,” you may want to step back and reflect. Words are likely to freely flow as the drinks do, increasing the risk of saying unintended (and maybe inappropriate and hurtful) things.

Eliminating alcohol in a social setting can strengthen your relationship with others, particularly as they can be in presence of your authenticity, not the alter ego that shows up to the party after a few rounds.

Excessive alcohol not only takes a hit to your overall health but can take a financial blow to your personal wallet and at an economical level. According to the Centers for Disease Control and Prevention (CDC), excessive drinking is draining the U.S. economy, even reaching $249 billion in 2010.

The cost of such a dangerous behavior resulted from losses in workplace productivity, healthcare costs, law enforcement and other criminal justice expenses, and losses from motor vehicle crashes.

Participating in Dry January can ultimately have some seriously beneficial outcomes at a physical, mental, social, and economic level. However, once the clock strikes midnight on February 1st, it is important to not resort back to old habits and pour out the entire bottle of wine.

And if you are to drink, stick to the concept of moderation, or one drink per day for women and two for men. But whether you feel lighter on your feet, sleep better at night, or have more money in your pocket, the benefits are likely to fuel your motivation to live your healthiest and best life for the months and years ahead!

Is Giving Up Alcohol for Dry January Actually Beneficial?

What Is Functional Training? All You Need to Know