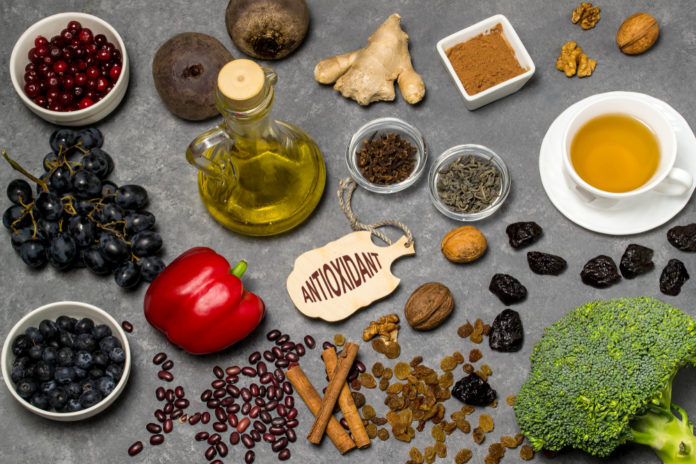 You sip on green tea, blend up that “superfood” smoothie blend of acai and goji berries, pour out a big green salad, and wash down a high-dose multivitamin daily with the full intent to supply the body with those powerful antioxidants.

But what actually are antioxidants?

Antioxidants are chemicals that may prevent or delay cell damage. The body is capable of producing antioxidants, yet the bulk of their existence comes from the foods we eat or taken in supplemental form.

When it comes to foods that are high in antioxidants, fruits, veggies, nuts, seeds, herbs, spices and really all plant-based sources top the antioxidant list, though animal products such as fatty fish and grassfed beef supply the powerful compounds in smaller dosages. Antioxidants are also manufactured into supplements and may come in the form of tablets or powders.

There are hundreds of existing antioxidants, including include vitamins C and E, selenium, beta-carotene, polyphenols, lutein, lycopene, and omega-3 fatty acids.

How Do Antioxidants Work?

Antioxidants defend and inhibit the process of oxidation.

Simply put, oxidation any chemical reaction that involves the movement of electrons between atoms or molecules. Lending its name to the process, oxygen is very effective in stripping electrons, which can break the structure of molecules and produce free radicals.

Free radicals are simply molecules without paired electrons. Because electrons like to be in pairs, they are considered unstable and will react quickly with another molecule in an effort to satisfy their pairing.

Though that particular molecule is now satisfied, the other is now left unpaired. This can cause of a chain reaction of seeking out electrons, which is also known as oxidative stress. And unfortunately, oxidative stress can damage the body’s cells and lead to a range of diseases and accelerate the aging process.

Fortunately, this is where antioxidants come into play…

When free radicals are scavenging for an electron, antioxidants simply step in and complement that molecule. They essentially neutralize oxidations and break the domino effect of oxidative stress, thus sparking their role in protecting from cell damage and chronic diseases.

What Are Antioxidants Good for?

Antioxidants have been touted to protect against a number of chronic diseases, as oxidative stress is thought to play a role in cancer, cardiovascular disease, Alzheimer’s disease, eye diseases such as age-related macular degeneration.

And there is no denying a diet rich in fruits and vegetables, which is naturally potent in antioxidants, leads to a bounty of health benefits, including the reduction of chronic diseases.

While consuming foods that are high in antioxidants have not posed threat, taking antioxidants in supplemental form has lead to a mixed bag of results. And more is not always better, as antioxidants in high concentrations may:

Furthermore, here is what the research tells us about the impact of antioxidants on following conditions:

A 2010 meta-analysis of randomized controlled trials indicated that “there is no clinical evidence to support an overall primary and secondary preventive effect of antioxidant supplements on cancer.”

Furthermore, the use of antioxidant supplements significantly increased the risk of bladder cancer in a subgroup meta-analysis of four trials! There is also evidence linking the use of high-dose, long-term beta-carotene supplements to an increased risk of lung cancer in smokers.

And according to updated results of the Selenium and Vitamin E Cancer Prevention Trial (SELECT), vitamin E supplements significantly increases the risk of prostate cancer among healthy men by 17 percent!

After 50 randomized controlled trials with 294,478 participants, a 2013 meta-analysis found no evidence to support the use of vitamin and antioxidant supplements for prevention of cardiovascular diseases.

Only growing to the concern, The Physicians’ Health Study II, which included more than 14,000 male physicians aged 50 or older, found vitamin E supplements were associated with an increased risk of hemorrhagic stroke!

Antioxidants have been touted to protect the brain from against Alzheimer’s disease (AD) by balancing out oxidation in the body. Newer research published in the Journal of Alzheimer’s Disease also shows patients with AD have significantly lower plasma levels of certain antioxidants, including beta-carotene, lycopene, lutein, and vitamins C and E, thus postulating improving antioxidant status may deter such risk.

But the Alzheimer’s Society counsels, “Though lab-based experiments on different types of antioxidants seem promising, there is only limited support for the claims that antioxidants may protect against Alzheimer’s disease from studies involving people.”

Despite the growing concerns regarding supplemental antioxidants, there is eye-opening evidence supporting their use for age-related macular degeneration, “a disease that blurs the sharp, central vision you need for ‘straight ahead’ activities such as reading, sewing, and driving.”

In 2006 researchers revamped the formula by adding the antioxidants lutein, zeaxanthin, and omega-3 fatty acids, lowering zinc dose, and removing beta-carotene related to the increased risk of developing lung cancer in smokers.

The results of changing the formula? Trial participants who took AREDS containing lutein and zeaxanthin and no beta-carotene had a slight reduction in risk of advanced AMD compared to those who took AREDS with beta-carotene. And for participants with very low levels of lutein/zeaxanthin in their diet, adding these supplements to the AREDS formulation helped lower their risk of advanced AMD.

Should You Be Pro or Anti-Antioxidant?

Truly, much of the concern surrounding antioxidants relates their supplemental form. That being said, aim to increase levels of antioxidants by adopting a balanced diet with a great focus on plant-based foods rich in color (it is much more difficult to overdose on fruits and veggies!).

You should also always tell your healthcare provider if you are taking or wish to to take any sort of supplement. They can also help guide you the “best” antioxidant supplement to suit your needs, which is likely to be a lower dose multivitamin to prevent the risk of toxicity.

If you consume a well-balanced diet, you likely already gift your body with sufficient antioxidants. And in addition to consuming nutritious foods, exercising regularly, sleeping enough, and managing stress can also combat against oxidation in the body, reduce the risk of chronic disease, and optimize overall health and wellbeing! 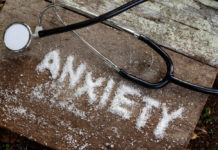 The Real Truth Behind the Coconut Oil Debate

How to Identify Toxins in Your Environment