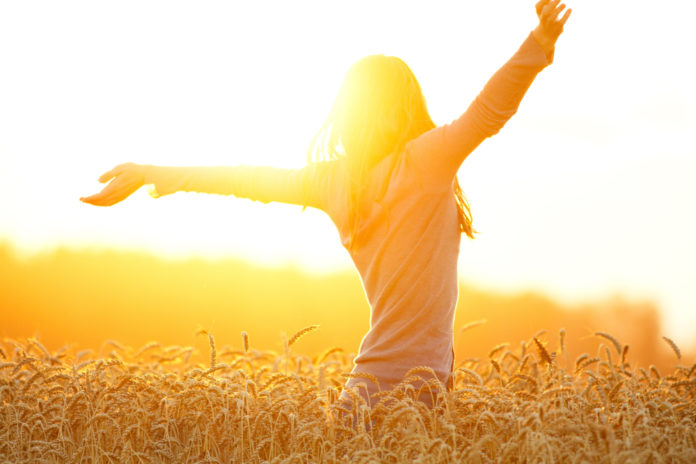 While coffee tends to be the energy booster of choice, we must not discount what is available just by stepping outside… Exposing yourself to the sun and embracing the great outdoors can increase dopamine levels, more casually known as that “feel good” hormone, to boost energy and mood!

Mint offers health benefits beyond breath freshening… Research suggests mint may enhance memory and cognitive functions through taste and smell sensations, with memory test scores showing to improve along with increased alertness. One common way to use the plant is by pouring hot water over dried peppermint leaves, covering the mixture, letting steep for ten minutes, and sipping as an herbal tea.

Related to its calming and soothing properties, lavender oil displays to be effective in reducing anxiety, stress, and tension. In fact, the natural health remedy has shown to be just as effective as medication, easing both restlessness and nervousness, all without the worry of becoming addicted to or dependent on prescriptions. Lavender oil has also shown to reduce anxiety leading up to an anticipated and nerve-provoking dental visit. Though often sipped on in the form of herbal tea, it can be sprayed onto pillows or other preferred areas to induce relaxation.

Turmeric spice has been used in alternative medicine for centuries, mostly related to its anti-inflammatory properties to treat infection and inflammation. Researchers, too, agree that turmeric is one of the most naturally potent anti-inflammatories available. Find more about turmeric and the health benefits it has to offer here.

Along with its culinary use, cinnamon boasts great benefits, including diabetes management. In fact, studies have found doses from one to six grams of cinnamon lead to significant decreases of HbA1C, or the average measure of blood sugar control across a three-month time period. Olive oil has also shown to reduce after-meal blood sugars.

Ginger has been used as a natural remedy in Chinese medicine for hundreds of years, primarily used to combat nausea and treat other gastrointestinal ailments. Studies have also shown ginger may be an effective treatment for women experiencing morning sickness and individuals facing post-operative nausea.

Though this natural remedy for constipation is not so surprising, it is one of our favorites based on its importance. There is no denying constipation causes discomfort, making the need for fiber essential. Psyllium is one of the most well-recognized fiber sources, even comprising many common over-the-counter laxatives such as Metamucil. Psyllium works by absorbing water in the intestine, making stools firmer and more regular, though drinking adequate water is imperative for its effectiveness.

Warding off a urinary tract infection (UTI) with cranberry is not just a myth, with research showing the compounds in cranberry juice can fight against bacteria to subsequently defend from a UTI. But guzzling down the juice is not recommended to treat a UTI, as your doctor will advise some sort of action plan, mostly including an antibiotic. But to lessen the risk of one, cranberry supplements and juices have proven to maintain urinary tract health.

Calling all females… It is well-understand that time of the month can be a buzzkill. And while that monthly visitor may not always come during the most ideal times, those nagging menstrual cramps can be relieved by noshing on potassium-supplying food sources such as bananas, apricots, and sweet potatoes.

While the only way to 100 percent prevent a hangover is by limiting alcohol consumption, sometimes happy hour turned into a happier night and an unsettling morning. Luckily, natural remedies for defeating that hangover can occur in the kitchen with these 10 foods, including eggs, banana, and chicken noodle soup!

Argan oil is a dry, light-weight, non-irritating oil promoted for its moisturizing effects on skin, demonstrating to hydrate and soften the skin. The oil can also be applied to dry scalps for hair growth and strengthening.

Aloe vera is a beach bag essential, particularly when the sun was too strong and sunscreen was limited. To soothe skin burns and even cuts, apply the juice of a fresh plant directly to the affected area or a commercial product in the form of oils and creams. Aloe is also a natural remedy for constipation, particularly as a laxative.

If those morning cups of joe compromised your white teeth, do not fret! (And no you do not need a pricey whitening system, either…) Hydrogen peroxide and baking soda has shown to be effective in reintroducing those pearly whites! According to Colgate you can make a DIY teeth whitening paste by combining about two tablespoons of hydrogen peroxide with one tablespoon of baking soda; stir into a paste, start brushing, let paste stand about one minute, and rinse!

While adding baking soda to the fridge is an old school trick, a more innovative approach to limit food odors is by adding citrus oils (such as orange, lemon, or lime) to the box. And to get rid of stubborn food on pots, simmer water on hot pans, drip on orange or lemon oil, then wipe and rinse the crud for cleaner appliances.

What Is Casein and Is It Healthy?

Rhodiola Rosea: What You Need To Know About This Stress-Fighting Adaptogen

Ketogenic Diet: Benefits and Side Effects

Himalayan Salt Lamps: Beneficial for Your Health or a Myth?