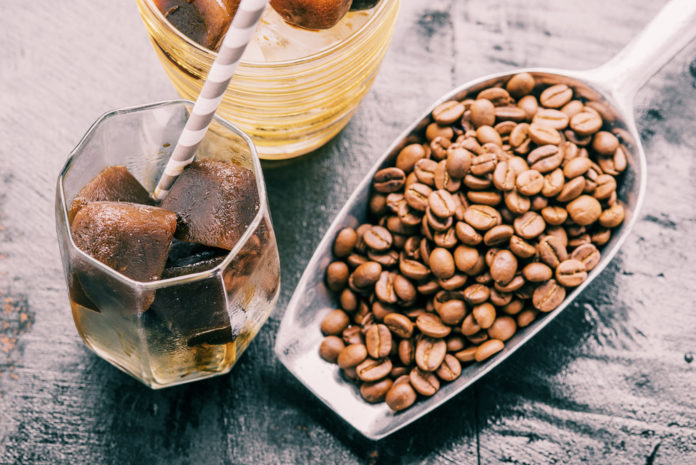 Foods You Should Try Freezing in Ice Trays

Either to cool down a hot cup of joe or to chill an iced coffee, nothing is really worse than weakening that bold coffee with water. But rather than resorting to traditional ice cubes, freeze coffee in ice cube trays to avoid that treacherous dilution! Freezing tea is another way to prevent undesired dilution and sustain its robust flavor.

Remember that one recipe that called for a bit of buttermilk? You may have used less than half then placed in the fridge only to go unnoticed, unused, and spoiled. Freeze buttermilk for later use along with milk to avoid pouring out a soured jug. The milky ice cubes can also offer richness and flavor to coffee!

It usually is always a good thought to stock up on fresh fruits and veggies on your grocery store run. But more times than not, you may have left some of them start to wilt and even tossed them. Rather than throwing them out, freeze them! Pre-cut veggies, such as peppers, onions, carrots, for future use in morning omelets or evening stir-fries.

Like veggies, freezing fruit is an excellent way to avoid food waste and grant them for another use. For instance, rather than pitching the other half of a lemon, freeze fresh lemon juice for when a recipe calls for a squeeze. And for a nutrient-rich smoothie, blend together preferred fruits with leafy greens and freeze in ice cubes. When ready for use, pop out the smoothie cubes, place back in the blender, and add milk, yogurt, and other favorite smoothie ingredients. Find more information on healthifying your next smoothie here.

Much like produce, herbs can be frozen and preserved. Fill ice cube tray approximately ¾ of the way with herbs then top with olive oil or desired stock. The herbs can be used to season rice blends, noodles, soups, and veggies. Preparing a homemade pesto sauce, instructed in this bistroMD grilled chicken pesto recipe, is another way to utilize herbs and keep portions in check!

No matter the batter, freeze cookie dough! Placing the dough into the individual ice cube squares assembles quick portions for when cookies are desiring to be baked. Additionally, reserving cookie dough from large batches helps reduce the temptation and urge of indulging on numerous, warm cookies with each pull from the oven!

Remember that recipe only called for egg whites or yolks? (It perhaps could have even been that cookie dough recipe you prepared above…). But rather than throwing out the other half, freeze them it an ice cube tray. The Incredible Egg recommends adding 1/8 teaspoon salt or 1 ½ teaspoons sugar per ¼ cup egg yolks (approximately 4 yolks) to inhibit their gelatinization process. Eggs can also be frozen scrambled together and proportioned in the ice cube tray. Regardless of the component or mix frozen, be sure to thaw for at least 30 minutes prior to using.

Transform Your Life by Changing Just 1% of Your Day

Experts Share What NOT & What to Do Before a Workout