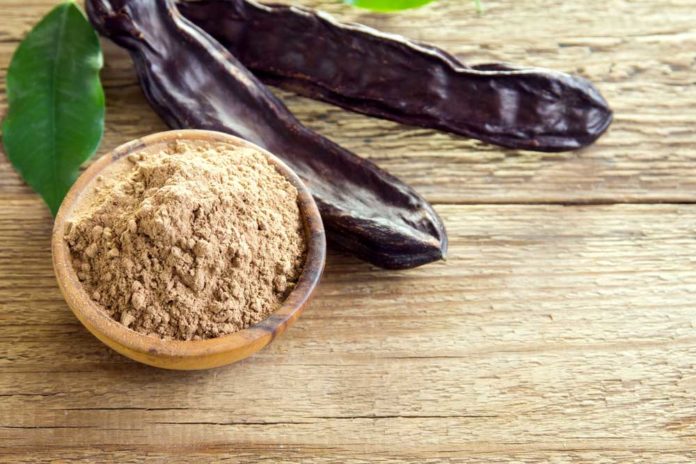 Carob is fruited from a Mediterranean evergreen tree called Ceratonia siliqua, though Ancient Greeks were the first to cultivate the trees. Interestingly, it can take up to seven years to even produce the pods the useful carob is found in.

Within the pods, are small seeds and brown, edible pulp, with the pulp comprising 90 percent of the pod. The desirability and use stems mostly from carob’s low sugar content while offering natural sweetness to products.

Differentiating between the healthfulness of chocolate and carob, natural chocolate is actually slight bitter and offers its own sort of benefits.

So when coining carob as a healthier alternative to chocolate, it is related to the large amount of added sugars used in commercial products. And since carob offers a more natural sweetness, the need for added sugars is limited or unnecessary.

According to the USDA’s National Nutrient Database, carob powder provides 50 calories, 10 grams of carb, 6 grams of sugar, 2 grams of dietary fiber, and 0 grams of fat and protein per two tablespoons.

Carob also offers fiber, antioxidants, copper, calcium, potassium, selenium, magnesium, and vitamins A, B2, and B6.

Especially if a chocolate lover, utilizing carob in its place may save you hundreds of calories, largely related to its low sugar and fat content.

Carob is especially useful in managing blood sugars, as it offers a sweet taste with lesser amounts of sugar compared to its commercially-produced chocolate relative.

Compared to chocolate, carob offers twice the amount of calcium. Adequate calcium intake is well-known for its role in bone support. Mix carob into milk for a healthy, calcium-rich version of chocolate milk, absent of added sugars that mostly come in chocolate syrups.

The Uses of Carob

Carob comes in a wide variety of forms, including carob powders, chips, syrups, extracts, gums, and even dietary pills.

Carob powder is essentially the dried, edible pulp ground into a powder and synonymously known as carob flour. Along with carob chips and syrups, the naturally sweet powder is often used to replace chocolate in those sweet treats, including fudge, brownies, coconut bars, and cookies.

Additionally, carob gum has commercial use to enhance the texture of food, largely acting as a stabilizer and thickener and commonly used in ice cream, jelly, and sauces. Aside from human consumption, carob is further incorporated into some animal feeds.