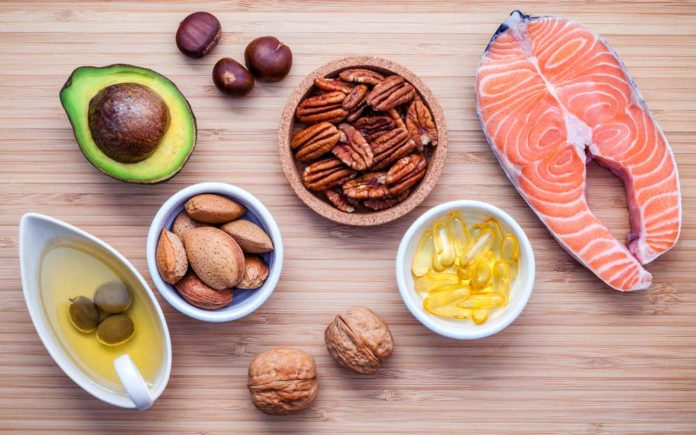 What Is DHA and A DHA Supplement?

Docosahexaenoic acid (DHA) is a type of polyunsaturated (PUFA) and omega-3 fatty acid, along with eicosapentaenoic acid (EPA) and ALA (alpha-linolenic fatty acid). DHA has critical and irreplaceable roles in human health, including supporting appropriate fetal growth. In fact, DHA comprises most of brain and nervous tissue, where it accumulates until around age 18 with most aggressive storage half-way through gestation to two years of life and poses the importance of prenatal care for baby. DHA content is also high in the retina and sperm, and shown great promise in promoting good heart health, managing rheumatoid arthritis symptoms, and treating psychiatric disorders.

In addition to food sources, DHA supplements exist in can come in multiple forms, including fish, kill, cod liver, and algae oils. Though doses vary widely, a typical fish oil supplement provides approximately 1,000 milligrams (mg) of fish oil, further broken down into 180 mg EPA and 120 mg DHA. Plant-based supplements produced from algal oil generally supply between between 100 to 300 mg of DHA, along with some content of EPA. Interestingly, too, according to an analysis of 2003–2008 NHANES data, use of omega-3 supplements adds about 100 mg to mean daily ALA intakes, 10 mg to mean DHA intakes, and 20 mg to mean EPA intakes in adults. So supplementation is valuable for individuals not only receiving insufficient omega-3s and DHA through diet, but for pregnant and breastfeeding moms transferring DHA to their child. And while supplements are generally considered safe, you should consult with a primary care provider to discuss potential side effects or medication interactions.

Where Is the Best Source of DHA?

According to and adapted from the National Institutes of Health regarding omega-3 fatty acids, the food sources below are excellent sources of DHA. Unless noted otherwise, the values are based in grams per 3-ounce serving:

Though mostly dependent on the plants they consumed, cold-water, farm-raised fish tend to have higher concentrations of DHA compared to wild-caught varieties. The concept aligns with the promotion of grassfed beef, as they have shown to offer higher levels of omega-3 fatty acids compared to grain-fed cows. Certain brands of eggs, yogurt, juices, milk, and soy beverages are now fortified with DHA and other omega-3s. Interestingly, though, a study published in the Journal of the American Dietetic Association discovered algal oil and cooked salmon were nutritionally equivalent sources of DHA.

Despite the source, it is imperative to obtain sufficient omega-3 fatty acids and DHA. Interestingly, though, there is not an established amount for DHA and omega-3 fatty acids beyond what experts know for women who are pregnant or breastfeeding and infants. However, the recommendations and tips below can help determine how much and how to get sufficient DHA for optimal health:

For Pregnant and Lactating Women

According to the 2015-2020 Dietary Guidelines for Americans, women who are pregnant or breastfeeding should consume eight to 12 ounces of seafood per week. They should also choose from varieties with higher EPA and DHA content and lower in methyl mercury, including salmon, herring, sardines, and trout. They should also avoid the intake of king mackerel, shark, swordfish, and tilefish and keep albacore tuna to no more than six ounces per week. Additionally, the American Academy of Pediatrics advises breastfeeding women to consume one to two servings of fish per week, achieving 200 to 300 mg of DHA, to guarantee adequate amount of DHA in breast milk for baby.

Whether in the forms of breast milk or formula, infants are encouraged to obtain 0.5 grams of omega-3 fatty acids throughout the first year of life to promote visual acuity and psychomotor development. A pediatrician can help determine an adequate and safe formula to obtain the recommended DHA amount.

As mentioned, experts are still working to establish and verify the recommended amounts for omega-3s and DHA. While there are no established minimums, the U.S. Food and Drug Administration (USDA) advises to consume no more than three grams a day of EPA and DHA combined, including up to two grams a day from supplements. Consulting with your primary care provider can help provide additional assistance regarding dosing, along with recommended intakes to manage a number of health conditions, including hypercholesterolemia (high cholesterol) and rheumatoid arthritis (RA).

The Best Ancient Grains You May Be Missing Out On

The Benefits of Exercise for Sleep