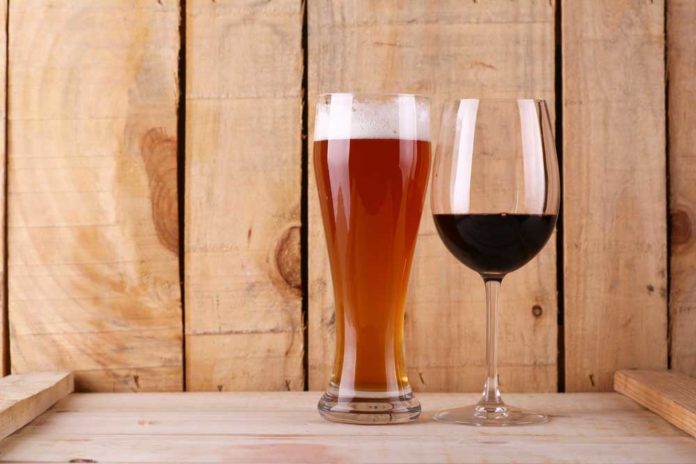 What Has More Calories, Beer or Wine?

Before identifying calories in wine versus beer, here is a brief lesson on alcohol… Interestingly, alcohol is actually sometimes called a food related to its caloric content, offering 7 calories per gram to be exact. Alcohol holds a higher calorie load compared to carbohydrate and protein, both containing 4 calories per gram, though is lower in calories compared to fat, providing 9 calories per gram. A serving size of wine (5 ounces, not the entire bottle…) supplies approximately 125 calories. But when it comes to calories in beer, there are many factors that come into play, including the disparities between light and dark beers. In fact, some craft beers can carry up to 300 calories per bottle! But as a general frame of reference, 12 ounces of light or regular beers and 8 to 9 ounces of malt beer supply about 150 calories. And while beer may appear more fattening related to the notorious so-called “beer gut,” either or can result to weight gain relative to the quantity consumed, as excess calories can be transformed and stored as fat.

Are There Any Benefits of Wine or Beer?

When it comes down to it, beer and wine are simply produced from plants; plant-based diets are considered to be healthy, subsequently making both beer and wine all apart of a well-balanced diet, right? Well, towards some degree… The concept of well-balanced cannot be stressed enough, as overdoing it can not only result to an unpleasant morning, but lead to harmful consequences to the body. But when practicing moderation, wine and beer may lead to the following advantages:

*The benefits of wine are mostly related to red wine, as red grapes are shown to offer higher antioxidant and nutrient concentrations. Find more on the disparities between red versus white wines here.

Ultimately, you do not necessarily have to choose between (red) wine and beer, but rather adhere to recommended portions and servings (two servings per day for men and one serving per day for women). Additionally, healthcare professionals suggest despite the potential benefits each may offer, individuals who did not drink previously are not encouraged to do so now. But if you are to drink, whether with a beer bottle or glass of wine, cheers to the practice of moderation!

Quiz – What Holiday Drink Are You?