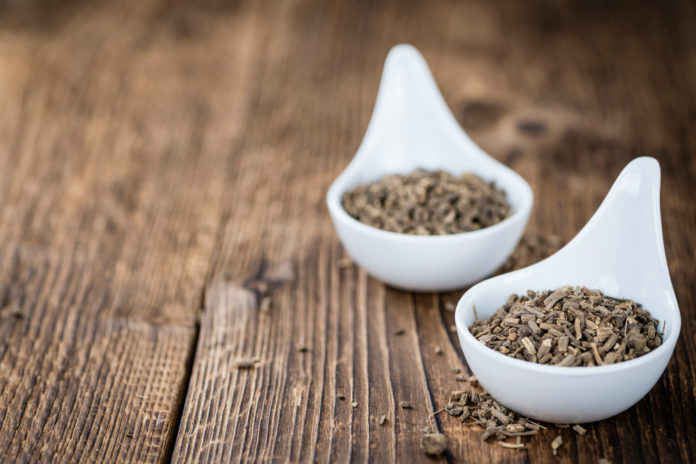 The use of herbal remedies continues to flourish in the health world, including the root of the Valerian plant.

Valerian is mostly sought out to improve sleep and relieve anxiety. The plant may also benefit health by lowering blood pressure and menopausal symptoms.

But that is not all you should know about valerian! Found out the many valerian root benefits and tips to use it safely if interested.

What Is Valerian Root?

Valeriana officinalis, or simply valerian, is a type of plant growing wildly in the grasslands throughout North America, Asia, and Europe. In the summer, the plant produces white, pink, or purple flowers.

The plant in its entirity has many past and current uses. Historically, the flowers were used to fragrant perfumes thanks to the sweet scent they offer. On the other hand, the valerian root possesses a pungent odor.

But it is not the smell of the root that receives the hype. Valerian root boasts most attention related to its use in alternative medicine. The root is a primary ingredient in dietary supplements, including valerian root tea. The plant may also be produced into valerian capsules.

The term valerian stems from the Latin verb “valere.” And it might not be so ironic the term means “to be strong” or “to be healthy.”

People with low levels of GABA are linked to anxiety and mood disorders and chronic pain. Medications and supplements working to increase GABA levels in the brain may boost mood, relieve anxiety, and improve sleep.

While foods do not naturally contain GABA, fruits, veggies, teas, and red wine may influence their effectiveness in the brain.

Insomnia is a sleep disorder described as difficulty falling asleep or staying asleep. Along with feeling dissatisfied with sleep, sufferers tend to experience fatigue, difficulty concentrating, and mood disturbances. People may also have decreased performance at work or school.

Chronic insomnia further increases the risk of mental and physical health concerns, including heart disease, diabetes, and depression. There are many methods to manage insomnia, and valerian root may be one of them.

Anxiety can be a natural, even productive feeling that ebbs and flows and everyone faces, including the senior population. But when it starts to interfere and disrupt daily routines and life, it is considered an unhealthy psychiatric disorder.

Treating anxiety is personal, though it may include a combo of a support system, counseling, and medications. These may consist of antianxiety agents, antidepressants, and antipsychotics.

However, most of the medications used to treat anxiety have side effects. This may have people turn to alternative therapies such as meditation, massage, and acupuncture. People with mild anxiety may turn to valerian root as well.

While research lacks on the impact valerian has on anxiety, there is some evidence showing the extract can relieve negative symptoms. Unlike antianxiety medications, adverse side effects have not been noted in current research.

Valerian root is believed to have hypotensive properties, meaning it can help reduce blood pressure. A study found valerian was able to decrease systolic blood pressure.

Aging women experience menopause, a natural end of their menstruation cycle. It is also known as “the change” where periods stop, in which women are no longer able to conceive.

Common symptoms of menopause include hot flashes, insomnia, mood swings, fatigue, depression, headaches, and mood swings. With menopause being an engrained part of aging, women cannot avoid it. However, these symptoms can be treated and cared for.

Treatment may consist of hormone replacement therapy (HRT), which may come with a number of risks. For instance, dangerous warnings of HRT include blood clots, heart attacks, breast cancer, just to name a few.

Valerian root may also benefit a number of other health conditions. These include, but are not limited to, the following:

Valerian root is often taken without any negative reactions. However, while rare, valerian may cause negative side effects such as:

Additional warnings and precautions of valerian root include:

• People are encouraged to not operate large machinery or drive after taking it, especially in larger doses.

• Pregnant and breastfeeding women should not take valerian, as there is not enough data to support taking it at such times. Experts encourage to dismiss taking altogether until more is known.

• If having surgery, stop taking valerian at least two weeks before. This is because both valerian and anesthesia may slow down the central nervous system and be potentially harmful.

Dosing guidelines vary based on terms of use, including the most common management of insomnia and anxiety:

• For insomnia: According to WebMD, up to 900 milligrams (mg) for up to 28 days is safe. General recs suggest 300 to 600 mg is effective for managing insomnia. Take the dosage 30 minutes to two hours before bedtime, too.

• For anxiety: As mentioned above, valerian root may cause drowsiness, ultimately modifying the recommendations when managing anxiety. Rather than larger doses leading up to bedtime, people are encouraged to space smaller amounts across a day’s span. One of the most common regimens of valerian root for anxiety includes up to 200 mg taken three times a day. The last dosage is recommended to be taken closer to nighttime hours as well.

For best results and safety, stay compliant with the dosing and timing recommendations described above. And before taking valerian or any herbal supplement, consult with a doctor before taking valerian. This especially serves true if managing a health condition or taking certain medications.

A doctor can likewise provide guidance regarding dosing and safety of its use, especially if using for over a month. They can also offer medical advice for choosing a safe product, as valerian is sold as and considered a dietary supplement.

All-in-all, valerian root may be worth exploring to improve sleep, relieve anxiety, amongst several other benefits. It is utmost important, though, to tread cautiously when interested in or taking any sort of supplement.

10 Fall Spices for Your Health

6 Reasons Why You Should Never Skip Breakfast