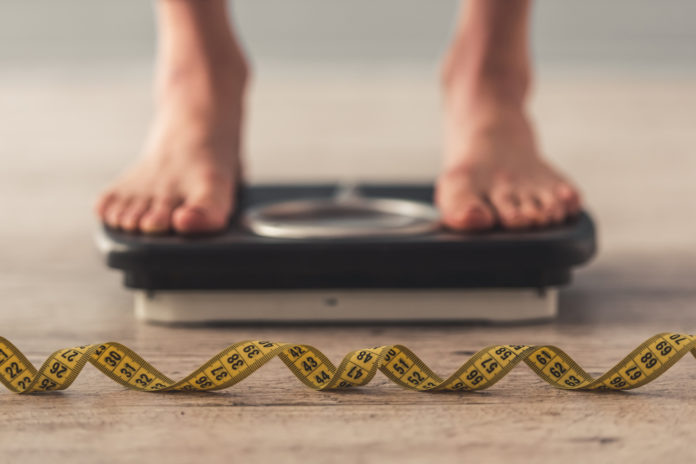 A healthy immune system essentially creates a warzone in the body, protecting it against harmful and foreign pathogens that may cause damage. But an estimated five to eight percent of Americans are living with an autoimmune disease, a condition in which the body’s very own first line of defense destroys normally healthy cells. See these 11 autoimmune diseases that may be messing with your weight.

Graves’ disease the leading cause of hyperthyroidism in the United States and is an autoimmune disease that leads to over-activity of the thyroid gland. The thyroid is an endocrine gland responsible for producing thyroid hormones that control the efficiency and speed of metabolism. So in the case of Graves’ disease and hyperthyroidism, metabolic rates are accelerated and unintentional weight loss is likely to follow.

Similar to Graves’ disease, Hashimoto’s disease is a condition in which the immune system attacks the thyroid. But in the case of Hashimoto’s, too little thyroid hormones are produced and leads to hypothyroidism. Simply put, an underactive thyroid slows down metabolism, making weight gain that much easier and weight loss that much harder especially if left unmanaged.

Unlike type 2 diabetes that may be avoided by making healthy lifestyle choices, type 1 diabetes is unpreventable. Type 1 occurs when the immune system attacks the cells that produce insulin, the hormone responsible for supplying the body’s cells with glucose from carbohydrate sources. Compromised insulin release causes glucose to remain in the blood, hence “high blood sugar” or “high blood glucose,” and eventually excreted into the urine. Without the uptake of glucose, the cells are deprived of valuable energy and calories, which may potentially cause weight loss.

Crohn’s disease is an inflammatory bowel disease (IBD) of the gastrointestinal tract. Though the cause is not well-known, Crohn’s is thought to be an autoimmune disease. Crohn’s commonly occurs in the small intestine, though can affect anywhere from the mouth to the anus, and is characterized by chronic inflammation which causes the walls and linings of the affected areas to become red and inflamed. Crohn’s patients may experience a number of gastrointestinal symptoms, including diarrhea, abdominal cramps and pain, fever, rectal bleeding, and loss of appetite. Without initiated and successful management, Crohn’s disease may eventually lead to malnutrition and weight loss.

Along with Crohn’s disease, ulcerative colitis (UC) is an IBD and speculated as an autoimmune disease. But unlike Crohn’s, UC is a chronic disease characterized by inflammation and ulceration of the lining of large intestine, only affecting the colon and rectum, rather than entire digestive tract. Individuals with UC experience similar symptoms of Crohn’s, along with the risk of weight loss.

Celiac disease is an autoimmune disease characterized by an abnormal response to gluten, a protein naturally found in wheat, barley, rye, and triticale. When gluten is consumed by individuals with Celiac disease, the body perceives it as harmful and attacks its own gastrointestinal lining. Unsuccessful adherence to a gluten-free diet and ongoing gastrointestinal symptoms increases the risk of weight loss.

Also known as primary adrenal insufficiency, Addison’s disease occurs when the body produces insufficient amounts of hormones produced by the adrenal glands, including cortisol and aldosterone. Cortisol is responsible for helping the body respond to stress and its deficiency can result in a life-threatening Addisonian crisis characterized by low blood pressure. Aside from the seriousness of the condition, individuals usually develop non-specific symptoms slowly, including loss of appetite, nausea, and unintentional weight loss.

Rheumatoid arthritis (RA) is an autoimmune disorder that primarily affects the joints and may lead to severe pain, stiffness, and swelling. The discomfort may result to a declined desire for participating in regular physical activity, in turn increasing the risk of weight gain. Along with a potential reduction in activity levels, commonly prescribed steroids for RA management may also cause weight gain.

Lupus is a chronic autoimmune disease that can damage any part of the body, including skin, joints, and/or organs. One of the earliest signs of lupus includes weight loss, while certain medications can compromise appetite and lead to an even greater loss. Conversely, prescribing a corticosteroid may cause weight gain. Ultimately, such weight changes should be addressed to assist in an individualized plan to manage weight, as reaching a healthy weight can subside discomfort and pain associated to lupus.

Also a form of arthritis, ankylosing spondylitis (AS) mostly affects the spine and causes inflammation in the spinal joints. Without proper management and treatment, individuals are more likely to experience intense pain and fatigue, ultimately reducing their motivation for physical activity (and reasonably so). Similarly to other autoimmune diseases, weight gain is likely if prescribed to and taking a steroid for symptom management.

Multiple sclerosis (MS) is an autoimmune disease in which the body attacks the protective covering of nerves, particularly in the central nervous system (CNS). MS mostly affects the brain, spinal cord, and optic nerves and may compromise or debilitate normal physical functions, including walking and physical activity. Individuals with MS are encouraged to invest in their health and participate in physical activity at whatever level they can manage, including cardio and stretching.

10 Best Foods to Cure a Hangover

The 8 Health Benefits of Shrimp