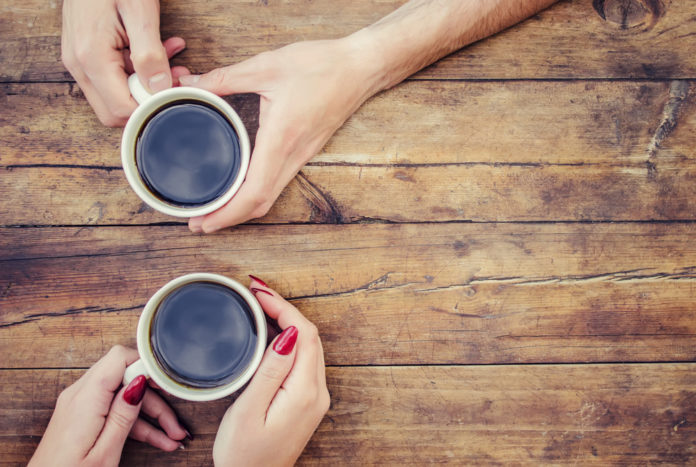 According to a Reuter’s report, 64 percent of Americans aged 18 or over said they had a cup of coffee the previous day in 2018. But the word “coffee” is actually fairly broad, as the U.S. drinks about 66 billion cups of espressos, lattes cold brews, and other coffee beverages.

But what actually is the best coffee for your health? We’re examining espresso vs. coffee, health properties of various brew methods, and different coffee roasts to figure out the healthiest way to drink coffee!

The Healthiest Way to Drink Coffee

Truly, the answer to knowing the best coffee for your health involves investigation of the quality of the bean, type of roast, brewing method, and addition of other ingredients.

Look for A Quality Source

The robustness of that morning cup of coffee begins right at the source. When selecting a coffee, consider going for single-origin, locally-roasted beans over blends. (Blends are often a quality bean mixed with cheaper product for profiting purposes.)

Single-origin roasters will be labeled on the bag and often involve Ethiopia, Kenya, Hawaii, Colombia, Guatemala, and Indonesia locations. Other tips for finding the best whole bean coffee include inquiring about the farm grown on and acquired certifications.

Consider the Type of Roast

Coffee drinkers tend to be divided as light roast devotees, dark roast advocates, or perhaps somewhere in the medium middle. But is there actually a preferable type the body appreciates more? But like the divided types of drinkers, the evidence is somewhat split:

But more recent evidence shines light on dark roasts’ component, indicating chlorogenic acid contents and antioxidant properties were higher in light roasted coffee extract than other roasted groups. Caffeine content also showed to be greater is light and medium roasts. The preservation of polyphenols and optimization of caffeine content in lighter roasts is also supported in Food Chemistry.

Espresso is not necessarily in its own particularly type of roast, but rather a concentrated form of coffee often prepared with a dark roast. Espresso is thought to provide a greater energy jolt, though a standard cup of coffee actually supplies more caffeine. Yes, ounce-per-ounce espresso packs a greater caffeinated punch. However, espresso is often consumed in 1 to 2-ounce doses, which is about 6 to 7 ounces shy of an 8-ounce drip coffee. That being said, a shot of espresso has about 75 milligrams (mg) of caffeine and an 8-ounce cup of medium-roast coffee contains 155 mg.

Ultimately, though, choose the flavor profile you prefer the most. Each cup of joe bares healthful polyphenols and antioxidants shown to provide some pretty noteworthy health benefits, including reducing heart disease risk, improving physical performance, and protecting from age-related conditions such as Alzheimer’s disease.

The means in which coffee is brewed can impact the overall flavor, richness, and overall nutrient and caffeine content of that cup of joe. Common brewing methods include:

With the pour over method, you essentially pour hot water meticulously atop coarse coffee grounds using a funnel and filter. The required attentiveness of the method not only optimizes the flavor from the the grounds, but is touted to get you in tune with that cup of joe.

Using a Chemex is similar to the pour over method, though requires a little more attention of the pour rate. However, being meticulously of the process yields rich coffee enough to share with friends (or keep for yourself)!

The use of a French press brews a quick cup or small batch of coffee, as coffee grounds soak in water for upwards of five minutes that are then “pressed” down by a plunger to separate the liquid coffee from the grounds. And since the grounds come in direct contact with the water throughout the entire process, coffee from a French press boasts a strong, rich flavor. However, it is important to decant the brew immediately after brewing to prevent an over-extracted, bitter cup.

The AeroPress is portable and lightweight that brews a sweet, full-bodied cup of joe virtually anywhere. From assembling the basket to cleaning the apparatus, the entire process is quick and easy in nature.

Cold brew may require a longer prep time, but it bares an enjoyable slightly tart, slightly sweet flavor that is well worth the wait. What’s more, it can be prepared in a large batch to be sipped on all week long.

An automatic coffee maker is ideal for just about every experience level and makes a pretty standard cup of joe. With the ease of making coffee quickly for a larger group of people, an auto-drip brewer is convenience at its best.

Though there are a number of variables that can’t be changed, including the temperature of the water, most automatic coffee makers are consistent in the flavor of coffee they make.

While not necessarily a brewing method, making instant coffee is a popular way to sip on a cup of joe without the need or hassle of equipment. Instant coffee is essentially coffee beans that have been roasted, ground, brewed into a liquid, then dehydrated. You then stir in the dehydrated crystals into a hot cup of water and voila! A cup of joe.

So, which method is the healthiest way to brew coffee?

The brewing time and method can impact the extraction of coffee’s antioxidants and caffeine content. For instance, high water pressure shows to increase antioxidants extraction speed in espresso coffee. However, the caffeine and chlorogenic acid content are comparable in both cold and hot brews according to Science Reports. And when it comes to instant versus ground coffee, though ground may boast a little more caffeine and antioxidants, they differences are quite negligible.

But most coffee connoisseurs suggest it is the importance of the bean, not the brewing method, that matters most. And ideally, you should select the brew method that works best in your lifestyle and preference.

Need an on-the-go, swift option? Aeropress might suit you best. Want the coffee without needed your undivided attention? An automatic coffee maker serves its justice. And enjoy chilled drinks over warm ones? Cold brew might be the one for you! Lacking a brewing device? Instant coffee to the rescue.

Be Mindful of Added Ingredients

The healthiest way to drink to coffee is without extra fluff, including those pumps of caramel syrup or dollops of whipped cream. And if finding the need to overshadow a bitter, burnt coffee taste with endless scoops of sugar and pours of creamer, perhaps you might want to search for an alternative coffee bean.

Furthermore, while instant coffee is a convenient way to inherit that morning cup of joe, it is important to pay attention to the ingredient labels, as some products contain added oils, powdered creamers, and sugars. The healthiest instant coffee is devoid of supplementary ingredients and essentially flaunts something along the lines of “instant coffee.”

Ultimately, a quality product will boast with richness and depth and a small splash of cream can deepen its flavor. But if not so thrilled on a black cup of coffee, you can add natural sweetness with a dash of cinnamon, nutmeg, and other spices. And if truly necessary, go easy on the extras!