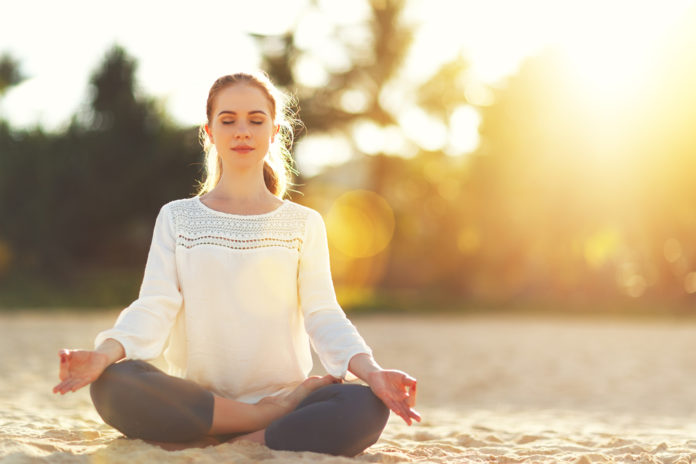 If you have ever taken a yoga class, you know how rejuvenated, relaxed, resilient, and spirited you feel walking out with your yoga mat. And if you have never practiced yoga, there is a vast chance you have at least heard its alleged and acclaimed worth. However, the buzz on yoga does not just churn in the rumor mill, as new and seasoned yogis can gain some serious health benefits!

But exactly what does yoga do for your body? And what is yoga good for beyond physical health? Find out how yoga transforms your body and brain here!

What Does Yoga Do for Your Body and Brain?

Informal response to “What is yoga good for?”: Just about everything and the limit may not exist…

Detailed answer: Backed by sound research, yoga has quite the laundry list of benefits:

How yoga transforms your body and brain earths on a fundamental level.

There is no doubt moving and flowing into poses fires muscle fibers and other structural. But the brain on yoga also deepens on a structural level.

A study published in the Frontiers in Integrative Neuroscience aimed to determine whether or not yoga changed brain structure. Researchers examined the brains of 13 yoga goers with more than three years of yoga practice by examining their gray matter.

Gray matter is a major component of the central nervous system (CNS) and darker tissue of the brain and spinal cord. The matter involves various regions of the brain involved in muscle control, memory, speech, vision, hearing, emotions, pain tolerance, self-control, and decision making. Generally, the darker (or denser) the gray matter, the better such functions.

The researchers found an association between regular, long-term yoga practices and differential structure of gray matter and function of specific brain regions involved in executive function, specifically working memory, which has previously shown to improve with yoga practice.

In addition to greater gray matter, the practice of yoga postures is associated with increased brain GABA levels.

Gamma-aminobutyric acid (GABA) is a neurotransmitter that blocks impulses between nerve cells in the brain. Whereas low levels of GABA may be linked to anxiety or mood disorders, epilepsy, and chronic pain, researchers suspect the neurotransmitter may boost mood or a have a calming, relaxing effect on the nervous system.

A study in the Journal of Alternative and Complementary Medicine addressed the question of whether changes in mood, anxiety, and GABA levels are specific to yoga or related to physical activity. Researchers assigned healthy subject with no significant medical or psychiatric disorders to a yoga or walking intervention for 60 minutes, three times a week, for 12 weeks.

The results? Compared to those in a walking group, yoga goers and flowers reported greater improvements in mood and greater decreases in anxiety. There were similar positive correlations between improved mood, decreased anxiety, and GABA levels.

Accelerating the pace, supplementary research from the University of Illinois compared the practice of yoga practice to moderate to vigorous aerobic exercise for a quick 20 minutes. Participants showed more improvement in their reaction times and accuracy on cognitive tasks after yoga practice than after the aerobic exercise session, which showed no significant improvements on working memory and inhibitory control scores.

Hatha yoga is one of the most common styles of yoga practiced in Western countries, which involves physical postures and breathing exercises combined with meditation. Mindfulness mediation involves observing thoughts, emotions and body sensations with openness and acceptance.

“Both focus the brain’s conscious processing power on a limited number of targets like breathing and posing, and also reduce processing of nonessential information,” said Peter Hall, associate professor in the School of Public Health & Health Systems. “These two functions might have some positive carryover effect in the near- term following the session, such that people are able to focus more easily on what they choose to attend to in everyday life.”

And speaking of positive carryover… The mind’s ability for positive thinking from is likewise strengthened with yoga.

Positive thinking is simply approaching unpleasantness in a more positive and productive way and think the best is going to happen, not the worst. “A glass half full,” if you will.

The pouring benefits of positive thinking for body and mind are moving, as the Mayo Clinic lists this way of thinking may:

While researchers continue to explore such effects, they theorize having a positive outlook enables you to coping strategies in stressful situations, which reduces the harmful consequences of stress on the body. It is also thought positive and optimistic people tend to live healthier lifestyles, including sustaining a healthy diet, being active, managing stress, sleeping enough, and limiting or avoiding smoking and drinking alcohol.

Though research regarding the impacts of yoga on the brain is still a growing question, getting into tree pose does display some pretty impressive physical and mental benefits. And with evidence on the up and up, posing into downward dog is recommended and advocated for.

New to yoga and looking to get started or simply wanting to explore fresh styles? Find out which type of yoga might be right for you here!

Should You Drink Water Before You Go to Bed?

11 Foods You Should Shy Away from for Your Health