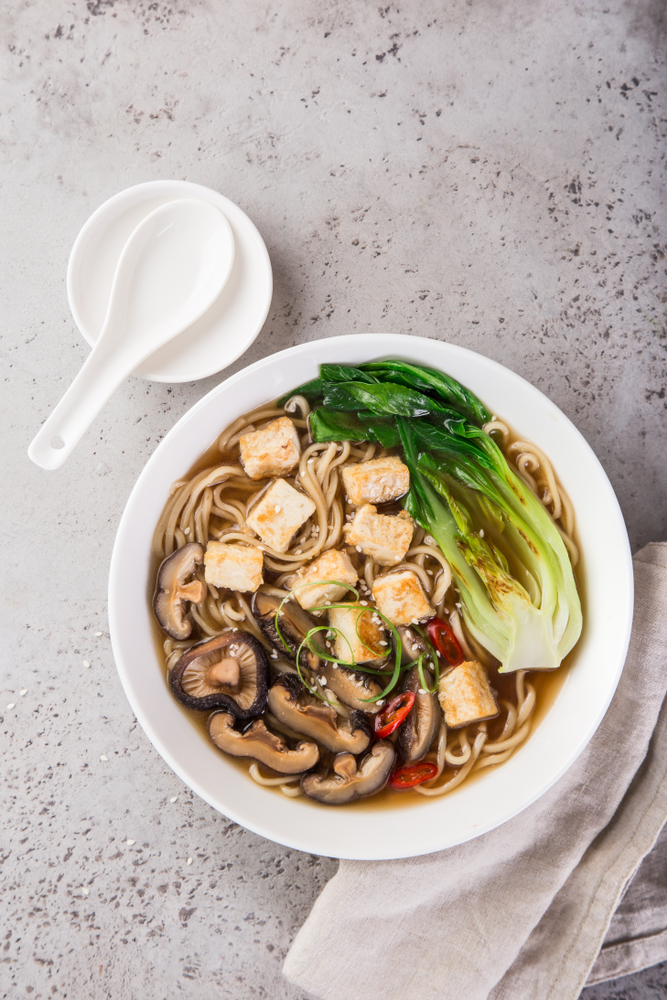 Savor the Flavor for Healthier Eating

Okay, “then what does it taste like?” you may ask. Chefs and foodies alike describe the fifth basic taste as savory and characteristic of broth and meat. According to the Umami Information Center, umami is “a general term used mainly for substances combining the amino acid glutamate, and/or the nucleotides inosinate and guanylate.”

Umami is found widely in the food supply, including being sourced from cured meat, fish, aged cheese, tomato, and mushroom. Monosodium glutamate (MSG), soy sauce, and other flavor enhancers and condiments produced from grain, fish sauce, and cheese are excellent sources of umami.

But back to healthy eating news…

Researchers of the study published in Neuropsychopharmacology evaluated changes in the brains of healthy young women after consuming chicken broth with or without MSG added. They used three lab tools:

1. A computer test that measured inhibitory control (a key mental process necessary for self-regulation of eating).

2. A buffet meal, in which participants ate freely while wearing special glasses that tracked eye movements.

3. A functional brain scan that measured brain activity while participants made food choices.

Furthermore, “Many cultures around the world advocate drinking a broth before a meal. Our study suggests the possibility that people at high risk of obesity could benefit from an umami-rich broth before a meal to facilitate healthy eating and healthy food choice,” said senior author Miguel Alonso-Alonso, MD, PhD, an Assistant Professor at the Center for the Study of Nutrition Medicine in BIDMC’s Department of Surgery, BIDMC.

This also adds to the research conducted by Penn State University, which shows consuming a low-calorie soup before the main entree can help cut total caloric intake by 20 percent!

The Academy of Nutrition and Dietetics Evidence Analysis Library (ANDEAL) examined the science between umami and healthy eating habits, which may be related to the following:

Sensing glutamate on the tongue, stomach, and intestine triggers the secretion of saliva and digestive juices, which facilitates the smooth digestion of protein. Umami’s role in digestion has become a novel approach for potentially promoting chewing and swallowing of food in elderly population.

Reducing the Need for Added Salt

High-salt diets are linked to hypertension and potential consequences of fluctuating and elevated blood pressures, including atherosclerosis (hardening of the arteries), kidney disease, stroke, heart failure, and dementia. Using MSG and soy sauce contain lesser amounts of sodium than table salt, which postulates a lower need for sodium in cooking.

Though inconclusive, adding umami to foods may affect appetite. More specifically, umami has the potential to influence food intake, sensations of hunger and fullness, and the liking and acceptability of food.

Given the history of umami promoting digestion and reducing salt need, savory foods may improve nutritional status. There is some evidence indicating a significant increase in calcium and magnesium levels when MSG was present in soups and vegetables, along with reduction of fat and carb intake.

While healthy eating habits for men and women is much more than eating only savory foods, the evidence regarding the fifth basic taste is nonetheless compelling. Savor the flavor in your diet by:

All-in-all, experimenting with savory foods and the flavor of umami is a nutritious and delicious way to switch up variety. Furthermore, umami and savory flavors tend to come from healthy foods women and men can incorporate into a balanced diet!

What to Eat to Halt Your Headache