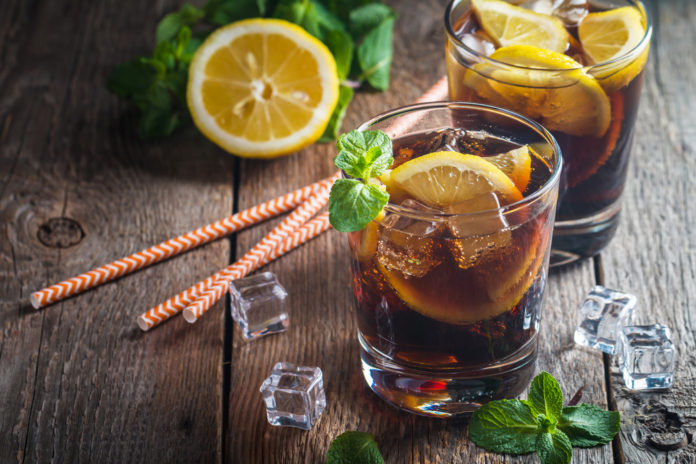 “I’ll just save up my nightcaps for a monthly bender to collect these calories.”

“I worked hard at the gym all week, I deserve this night out this weekend!”

Do any of these scenarios sound familiar? While they might sound reasonable in theory when it comes to weight loss, think again.

In fact, binge-drinking just once a month can make you gain weight. How?

Let’s break it down…

While calories do not tell the full tale of weight, they absolutely play a part. And binge drinking can sure pack on the pounds…

The alcohol itself supplies not only calories, but empty calories. But the calorie content in alcohol varies, though common drinks are as follows:

In the scheme of things, adding on a few hundred calories from a drink does not seem all too bad. But remember, we are discussing binge drinking…

The National Institute of Alcohol Abuse and Alcoholism (NIAAA) defines binge drinking as “a pattern of drinking that brings blood alcohol concentration (BAC) levels to 0.08 g/dL. This typically occurs after 4 drinks for women and 5 drinks for men—in about 2 hours.”

To put this in perspective, men are advised to drink more than two alcoholic servings per day while women are limited to one. So there is no denying these calories quickly add up.

…and over 1,000 calories later, those calories do not quit adding up once you leave the bar…

So you close out your tab to end the night, but on the way home the temptation of the drive-thru is too strong to bypass. (And more than likely, a salad is not even a distant thought when those drunk munchies emerge…)

So there you have it: A mound of nachos. A mile-high burger. A bag of tacos. Or perhaps even a smorgasbord of all things combined. And easily, hundreds, if not thousands, of calories attaches onto the list of empty calories from that work happy hour.

The Hair of the Dog

But wait! There is more… You wake up only to feel as if the hair of the dog will make you feel like a functional human again. But succumbing to such temptations can only pack on more calories to your night of binge drinking, even the day after!

(And not to mention, the low energy levels that plague you to your couch all day rather than tackling that workout you promised yourself you would not miss…)

So there you have it: Just one-time binge drinking can pack on a couple thousand calories from that collective alcohol, drunk munchies, and hair of the dog. Do that once a month for a year, that stacks up to 24,000 calories. And based on 3,500 equating to a pound, that adds up to almost a 7-pound weight gain if regularly going out in that sort of pattern.

But aside from weight gain, excessive drinking can significantly increase the risk of high blood pressure, liver damage, various forms of cancer, depression, and dementia.

First off, you do not have to completely fork over your favorite glass of red wine to still reach your health goals. (Though perhaps giving up the entire bottle is required…)

With life meant to be enjoyed, allow yourself to indulge on a drink or two here and there with your friends. You can also set a casual pace by sipping on water with and between alcoholic beverages.

But if happy hour turned into a happier night but an unhappier morning, it is important to walk off repercussions in stride. Rather than sulking in a hangover, binging on a bounty of greasy foods, and potentially gravitating to the hair of the dog, pick up the pieces and carryon gracefully the next morning.

Be sure to hydrate as soon as waking up, consume one or a few of these best foods for hangovers, and try taking a leisurely walk if tacking that workout is completely out of the question. Ultimately, it is important to not let one night out sacrifice (while drinking just a couple) and tarnish all the efforts you have made to move forward!

4 Ways to Live Longer and Healthier