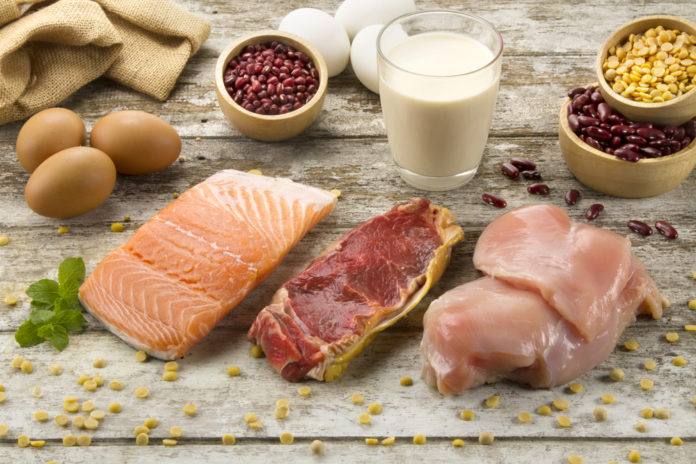 What Is a High-Fat Diet, Anyways?

A high-fat diet essentially sparked attention when the Atkins diet flooded the health world in 2003 and 2004. Dubbed by Dr. Robert Atkins, the diet is marketed for successful weight loss, labeled as a low-carbohydrate, high-fat diet, and even blamed for large declines in carb-heavy foods, including the notorious Krispy Kreme donuts. However, the advocates of Atkins say rather than imposing a caloric restriction much like other diets, it promotes greater contents of protein and fat to induce sustaining feelings of satiety. Nonetheless, the Atkins Diet prompted a huge paradigm shift in the thinking about carbohydrates, fat, and protein and their effect on health.

And while the ketogenic diet (or casually known as “keto”) was created in 1926 for its anti-seizure successes in children, its popularity has grabbed the attention of health enthusiasts, researchers, and the general population. Nonetheless, those embracing the keto diet often consume either three of four grams of fat for every one gram of carbohydrate and protein, translating to an approximate 75 to 80 percent of daily calories coming from fat and 50 grams or less of carbs per day in hopes to put the body in a ketogenic state. And with such an increased need of fat, there is a heavy use of heavy whipping cream, butter, mayonnaise, oils, and high-fat meats. But in particularly without proper guidance of following a ketogenic diet, or any sort of diet, there are dangers of filling the body primarily with high-fat foods.

Reducing any part component of the diet poses the risk of nutritional deficiencies. So in the case of a high-fat, low-carb diet, there are vital nutrients that may get the boot, including B vitamins from whole grains and vitamin C from citrus fruits.

The benefit of a high-fat diet on weight loss has been primarily proven amidst a consistent ketosis state, though adding ample amounts of fat atop moderate amounts of carb and protein essentially just increases the caloric-density, in turn resulting to greater weight gain.

Particularly in the forms of whole grains, veggies, fruits, and legumes, reducing fiber-filled carbohydrate sources places the risk of constipation. And not to mention, the general U.S. population is only consuming an average of 15 grams of fiber daily (while the daily value for fiber is 25 and 38 grams per day for women and men, respectively), thus placing concern of such rates dropping even further.

Though fiber is known for its beneficial role in digestive health, a diet filled with plants has shown to be cardioprotective and combat against inflammation. In fact, studies have shown people who adopt plant-based diets can dramatically lower their level of C-reactive protein (CRP), an indicator of inflammation in the body. And not to mention, the reduction of heart attacks and strokes after the ban of trans fats…

Especially if regularly consuming high-fat processed and red meats on a regular basis, you may be increasing your risk of cancer. In fact, the World Health Organization (WHO) International Agency for Research on Cancer (IARC) claims red meat is probably carcinogenic (cancer-forming), while processed meat consumption has sufficient, convincing evidence that it is carcinogenic to humans. In fact, 34,000 cancer deaths per year are associated to high processed meat diets! That being said, there is no denying limiting these higher-fat, processed meats can be beneficial to overall health.

A recent study published in the Journal of Sports Medicine and Physical Fitness researched the impact of following a low-carb, high-fat diet on exercise. Short-term low-carbohydrate, ketogenic diets reduce exercise performance in activities that are heavily dependent on anaerobic energy systems.

The dramatic reduction of carbs can be quite challenging and lead to unsustainable results if advantages of a high-fat, ketogenic diet did prevail. And not to mention, the lack of food freedom when it comes to social events and cravings in general. But yo-yo dieting in itself hosts its on series of risks, including stroke, heart attack, diabetes, and even death.

But What About the “Good” Fats?

There is much chatter of those notorious “healthy” fats in the health world and it is noteworthy to mention not all fats are treated the same, as following a higher-fat Mediterranean diet has shown to be extremely beneficial to health. But unlike a high-fat diet that likely embraces all forms of fat, a Mediterranean diet emphasizes high amounts of “healthy” fats offered by avocados, nuts and seeds, olive and canola oil, and fatty fish. These products generally consist of unsaturated fatty acids, further divided into monounsaturated fatty acids (MUFAs) and polyunsaturated fatty acids (PUFAs), which have shown to be effective in the prevention and management of obesity, diabetes, heart disease, and other chronic conditions.

But in addition to incorporating these healthy fats, a Mediterranean diet also emphasizes whole, plant-based foods, including whole grains, fresh produce, legumes, seeds and nuts, and healthy oils (primarily olive and canola oils). It also urges the consumption of fish and poultry at least twice a week, dairy products and eggs in moderate amounts, a low intake of red meats, and limits salt by using fresh herbs and spices to flavor dishes. Wine lovers are especially fond of the Mediterranean diet, as it includes red wine (in moderation, of course). Ultimately, most nutrition experts encourage encourage prospective followers of a high-fat or other approached diet to seek out professional guidance to lessen the risk of nutritional deficiencies, side effects, and other health risks.

The Dirty Dozen: Avoid These Pesticide-Laden Fruits and Vegetables