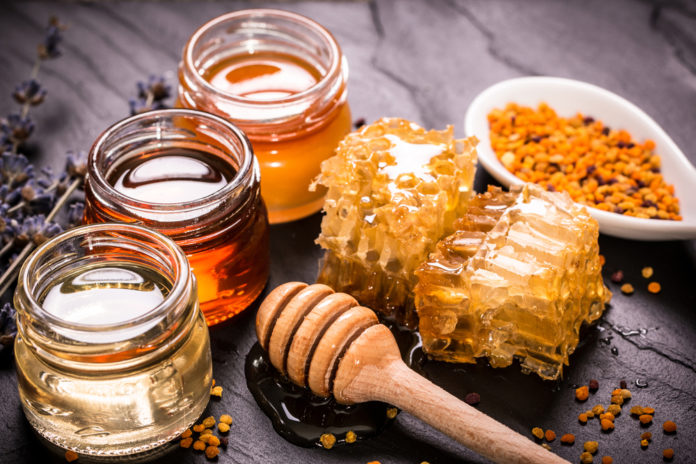 According to Food Safety Net Services (FSNS), food fraud is “the act of purposely altering, misrepresenting, mislabeling, substituting or tampering with any food product at any point along the farm–to–table food supply–chain.”

With all the healthful hype and benefits surrounding olive oil, the thought of it being a food fraud is highly upsetting. But according to a CBS 60-Minutes report, Italy’s olive oil business became compromised by the Mafia, subsequently affecting the desirable oil that is popularly sought out. Extra-virgin olive oil is the concentration of the first pressing of the olive harvest, contains no additives, and luminescent green. But some products have found to be not be extra-virgin olive oil at all, and is likely a seed oil with the additions of chlorophyll and beta-carotene to mimic the look and smell.

Milk became vulnerable to food fraud related to its increased demand, posing an opportunity for financial gain. A report published in Comprehensive Reviews in Food Science and Food Safety details “one of the oldest and simplest forms of milk fraud is through the addition of water to artificially increase its volume for greater profit.” But beyond the point of greediness, milk fraud poses a significant public health concern; the nutritious drink as we know it starts to lose its nutritional value, even becoming manipulated with flours, salts, starch. And considering milk’s inclusion in infant and children’s health, manipulations milk and its products can cause stunting, weight loss, and malnutrition.

Though it is apparent “imitation crab” is in fact mock crabmeat flavor from other fish and additives, other namely seafood may not be as they truly claim. Some restaurants may actually be serving mock meats that resemble the seafood, such as shrimp, whether or not they realize it themselves. In fact, a study produced by Oceana, revealed out of 143 shrimp products tested, only 30 percent were misrepresented as such. They also found “that consumers are often provided with little information about the shrimp they purchase, including where and how it was caught or farmed, making it difficult, if not impossible, for them to make informed choices.” For the best catch of shrimp and any other seafood, look for labels such as “wild-caught” and know the origin in which they came from.

The honey used to sweeten your coffee, tea, or toast may not be the by-product of bees we mostly envision… The truth regarding honey is not-so-sweet, as producers have advertised sugars with added honeysuckle fragrance and food coloring as pure honey. Identifying the source and purchasing locally-sourced honey can lessen the likelihood of purchasing impure honey.

Astonishingly, Quebec’s great maple syrup heist turned into an 18.3-million-dollar loss, as ringleaders stole more than 3,000 tons of barrel maple syrup and restocked them with water. But inside the U.S., maple syrup may resemble the fraudulence of honey, posing the sap as pure but may be filled with additional ingredients to heighten a profit margin. Purchasing from a trustworthy company or small farm can help ensure the quality of maple syrup.

That vibrant breakfast beverage may not be the fresh juice you perceive it to be. In fact, OJ may come with a bounty of other fruits and ingredients, including the addition of lemons, grapefruits, and beets into the mix. Potassium sulfate, corn sugar, and ascorbic acid are also oftentimes added to enhance and protect the color and flavor. The best bet for obtaining the benefits of vitamin C-rich oranges is by squeezing your own OJ or enjoying the fruit on its own.

Vanilla extract is used in a number of pastry products, offering a subtle sweetness to enhance their flavor. But consumers beware, as products labeled “Extracto de vainilla” or “Vainilla” may be containing coumarin, a harmful compound banned in the U.S. Coumarin, coming from the Tonka tree rather than extracted from vanilla beans, may pose serious health risks, as the chemical has shown to interfere with a number of blood thinners. The FDA has banned coumarin in foods, though they land on American soil by illegal importation and are mostly found in Mexican restaurants and shopping markets.

That first sip of starches, figs, and cereal grains is sure to get the morning going, right? Though an estimated 100 million Americans gravitate to that cup of coffee, they may not realize they are pouring out much more than they may have bargained for. Unfortunately, coffee has long been a victim of mislabeling not so much related to the deceit of which country produced it, but the fillers it may come with. Instant coffee is even more prone to adulteration than beans, posing the suggestion of purchasing whole beans and grinding them yourself to lessen the risk of sipping unwanted fillers.

Saffron is touted as one of the oldest and most expensive spices in the world, offering a rich color and earthy flavor to a number of dishes. And while its incorporation into meals may appear exquisite, dig a little deeper and the price may not be matching its exterior at a glance. But chemical fingerprints confirmed the saffron fraud after unraveling more than 50 percent of 44 saffron products were mislabeled.

Touted as one of the biggest scams in the gourmet food industry, the high price of truffle oil may be coming with low quality. In fact, the prestige of truffles likely becomes dwindled with chemical additives, artificial flavorings, and synthetic ingredients. To truly get what you pay for, only purchase a product from a trustworthy manufacturer along with asking the restaurant server whether or not the truffle is in fact fresh (in hopes they provide you with an honest answer).

Make Your Home Gym Work For You

The Dirty Dozen: Avoid These Pesticide-Laden Fruits and Vegetables