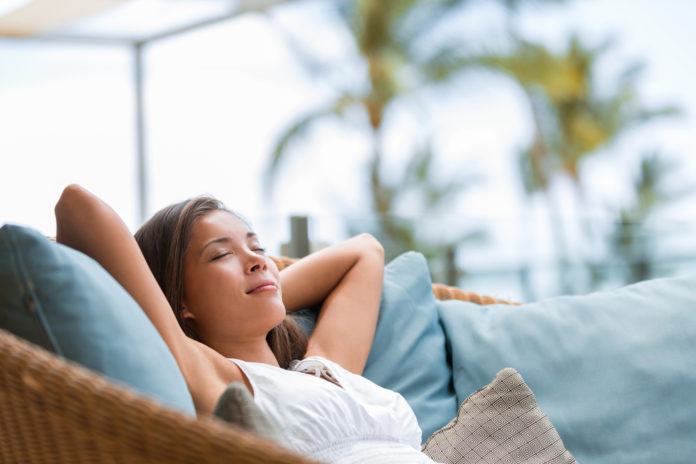 Though shutting the eyes appears as a mindless act, implementing the following power nap tips has shown to offer the greatest benefits.

The optimal nap time is suggested to be 20 minutes (give or take 10 minutes) to improve mental alertness and energy levels. Going beyond 30 minutes can actually deter the benefits of a nap and cause sleep inertia, or the feeling of grogginess and disorientation that comes after waking from deep sleep.

Take It Sooner Rather than Later

A late-in-the-day nap can disrupt sleep cycles come nighttime. Nappers are encouraged to shut their eyes in the early to mid-afternoon hours to lessen their risk of open eyes when the sun goes down, with more specific recommendations suggesting not to nap after 4:00 p.m.

Like setting regular bedtimes, stay consistent with naptimes, as the body appreciates and operates best on consistent cycles and patterns. Additionally, between 1:00 p.m. to 3:00 p.m. is touted as the best window for optimal nap time.

Environment can dramatically impact the ability to fall asleep, with lighting playing a significant role in the body’s natural sleep-wake cycle. But considering the sun is likely to be out during naptime, create an atmosphere conducive to sleep by shutting the blinds, turning off all lights and electronic devices, and limiting any other distractions.

One of the aims of taking a nap is to lessen the feelings of being tired. Interestingly, research has shown a 10-minutes nap shows the greatest benefit when it comes to reduced sleepiness, while napping for 30 minutes or longer increases the risk of sleep inertia.

Naps have the power to restore alertness and enhance performance, ultimately heightening efficient productivity levels for the rest of the evening.

Along with reducing work errors and mistakes, napping can lessen the risk of potentially harmful accidents and injuries. Whether a 20-minute pre-nap or mid-drive nap, rest is extremely stressed and beneficial to combat against drowsy driving and the repercussions it may cause.

Scheduled naptimes has shown to be an effective treatment option for those affected by narcolepsy, a sleep disorder characterized by excessive sleepiness, sleep paralysis (feeling conscious but unable to move), hallucinations, and potential episodes of cataplexy (a partial or total loss of muscle control).

Though sleeping and its effects on metabolism is multifaceted and dependent on a number of factors, a nap can facilitate weight loss by increasing energy for workouts, reducing the risk of cravings, and redirecting mid-afternoon munchies.

Resting the eyes and body can improve mental health by serving as a “mini-vacation.” The pleasant luxury of naps can promote relaxation and rejuvenation for psychological welfare.

Senna Tea: Should You Sip It or Snip It?