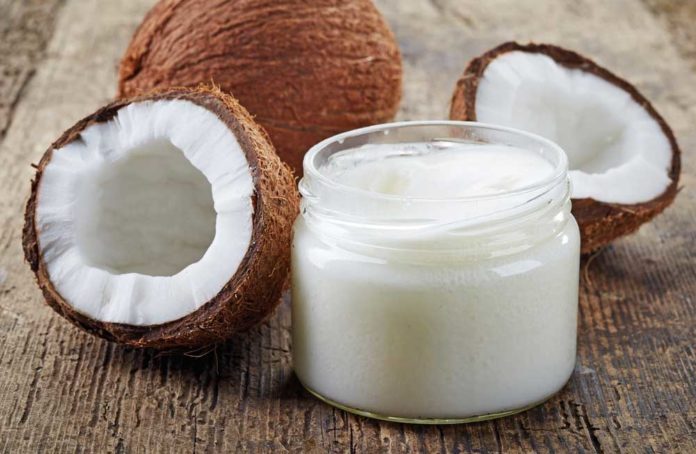 The debate of “Is coconut oil good or bad for you?” continues after the American Heart Association (AHA) released a Presidential Advisory just recently. According to the report, the AHA strongly concludes that “lowering intake of saturated fat and replacing it with unsaturated fats, especially polyunsaturated fats, will lower the incidence of cardiovascular disease.” With such a bold statement from the “nation’s oldest and largest voluntary organization dedicated to fighting heart disease and stroke,” should their recommendations be disputed?

Before stereotyping and making misinformed inferences, it is important to view coconut oil as it truly is in nature: Coconut oil is merely extracted oil from the white, mature coconut flesh or meat. Beyond its innocent upbringing, the concern of coconut oil is related to its high saturated fat content, as the AHA advises saturated fat sources to comprise no more than five to six percent of total daily calories in hopes to lessen the risk of weight gain, heart disease, and diabetes.

But opposing the presidential advisory from the AHA, a study published in Clinical Biochemistry suggests virgin coconut oil may protect the heart against disease by reducing total cholesterol, triglycerides, phospholipids, and LDL (or “bad”) cholesterol levels while increasing HDL (or “good”) cholesterol in serum and tissues. Coconut oil may also lower blood pressure by reducing vasoconstriction, or the tightening of blood vessels. Supplementary evidence-based benefits of coconut oil include combatting against Alzheimer’s disease, boosting the immune system, and inhibiting the growth of Clostridium difficile.

So with such prevailing evidence surrounding the benefits of coconut oil, how did such a debate develop? Most of the pitfall relates to additional research focusing on the consequences of a high-saturated fat diet, which typically tend to be lower in fruits and veggies. Uniquely, too, the saturated fat found in coconut oil is mostly made up of medium-chain triglycerides (or MCTs) and may be easier digested in comparison to long-chain triglycerides (LCTs) found in liquid vegetable oils, dairy, and fatty meats. Interesting, emerging, and recent research suggests the beef of saturated fat is based more on animal meat rather than saturated fatty acid (SFA) itself. According to a study published in Clinical Nutrition, “high consumption of red, total, and red and processed meat was related to increased all-cause mortality (death), compared with those with low consumption, whereas no significant associations were found for SFA intake. Dietary guidelines should specifically limit meat consumption and not relying only in limiting SFA intake.”

So, Is Coconut Oil Good or Bad for You?

Ultimately, coconut oil can fit into a well-balanced diet, just the way butter can. But standing alone, coconut oil is not necessarily “good” or “bad” for you. While coconut oil does display some unique, intriguing characteristics, we should not fixate on one single “superfood,” but rather focus on the total diet and the quality and quantity of foods we choose to comprise it. When selecting coconut oil, similar to choosing any other food, select a product in its most natural form plus free of any other additives (virgin coconut oil may be the safest bet)!

Additionally, a well-balanced diet mostly consists of whole grains, fresh fruits and veggies, lean proteins, and “healthy” fats. But the AHA does not necessarily state to remove coconut oil altogether, but rather “lowering intake of saturated fat and replacing it with unsaturated fats, especially polyunsaturated fats.” Such recommendations parallel with the promotion of the Mediterranean diet, which encourages individuals to limit the consumption of animal meats and promotes healthy fats in the form of olive oil, fatty fish, nuts and seed, along with whole grains, fresh produce, and legumes. From reducing the risk of heart disease to promoting longevity, the Mediterranean diet continues to show great promise in optimizing health. Find healthy, tasty, Mediterranean-inspired recipes here!

How to Trick Yourself Out of Unhealthy Snacking