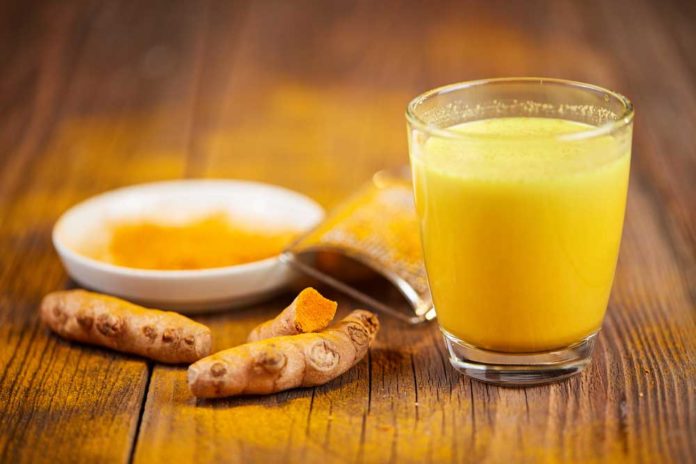 In India, turmeric has been used traditionally as a remedy for stomach ailments, as the spice increases enzymes used to digest both fats and sugars. Not only is this helpful for individuals who experience indigestion, but can lower the risk of gallstone formation.

Although weight loss is a multifaceted approach, the golden milk may assist. Mild studies have suggested turmeric’s use in the reduction of fat cell growth and acceleration of metabolism. And besides, the drink is nutrient-dense for less than 100 calories per cup!

The powerful antioxidant properties of turmeric have shown to inhibit metastasis (or the uncontrolled spread) of skin cancer cells, also known as melanoma. Turmeric may also be especially useful in deactivating the carcinogens, or substances and exposures that can lead to cancer, in cigarette smoke and chewing tobacco.

Broadly speaking, arthritis is a condition in which cartilage surrounding joints breaks down, ultimately causing pain, swelling, and difficulties moving the joint. Though there is no cure of arthritis, symptom management is the top priority, including in the form of nutritional supplements. Available research suggests turmeric can reduce pain in people living arthritis related to its anti-inflammatory properties, even showing to work just as effectively as ibuprofen.

Turmeric has been used to treat skin problems from the get-go, with research suggesting taking turmeric by can reduce itching in people with long-term kidney disease. Also, early research proposes taking a specific combination product containing curcumin, plus black pepper, may reduce itching severity and improve quality of life in people with chronic itching caused by mustard gas.

Drinking the golden milk may stave off depression. The antioxidant properties of coconut oil may be eligible to lessen anxiety, stress, and even depression. Early research suggests curcumin taken twice daily for six weeks is as effective as the antidepressant medication fluoxetine in people with depression.

Alzheimer’s disease is the number one diagnosed form of dementia, a brain condition marked by behavior changes that affects memory and cognition. While the cause of Alzheimer’s disease still warrants exploration, it is known inflammation and oxidative damage play a role in its upbringing. Curcumin may lower inflammation, along with clearing protein tangles and plaques specific to Alzheimer’s.

The anti-bacterial properties of turmeric grant benefit in dentistry, mostly by lessening bacteria and the risk of dental caries and periodontal disease.

Heard of Valerian Root? Here’s What You Should Know