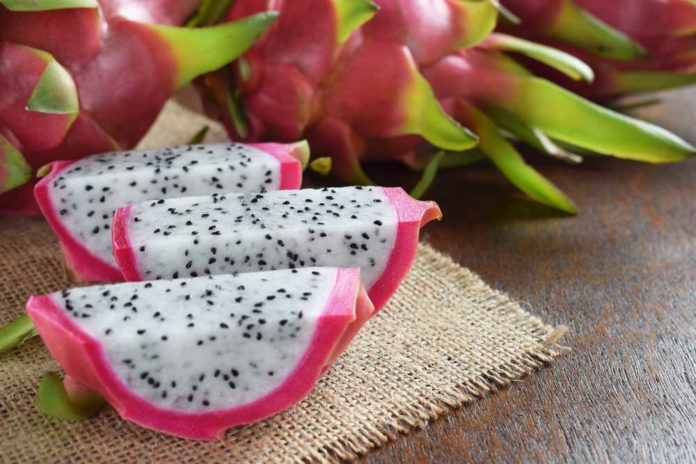 Unless searching high and low in nontraditional grocery stores or living in warmer climates, walking in the fruit aisle stays fairly consistent across America. You have your apple variety to the left, bananas on your right, and grapes, berries, and oranges somewhere in between. Though all fruits bare their unique flavors and benefits, shake things up and seek out these 10 exotic, nutritious fruits you should eat and try!

Easing you into the exotic fruit list, avocado may be one of the most recognized and widely available. Avocados deserve recognition related to their distinct high fat content, virtually absent in the rest of the fruits. Avocado contains the notorious healthy fats, mostly in the form of monounsaturated fatty acids (MUFAs), and shown to be heart-protective. Learn more about their unique health benefits and recipe ideas!

Also known as pitaya, dragon fruit may appear discouraging related to its appearance. Within the cactus family, dragon fruits bear a spike-like growths on its exterior. But once cut in half, you will more than likely notice a red, white, or yellow center filled with black, speckled seeds. Though commonly consumed in Mexico, Central and South America, and Asia, dragon fruits have become an American “superfood,” making it an exotic fruit you should eat or try.

Native to parts of Brazil, Paraguay, Uruguay, Argentina, and Colombia, the feijoa fruit is harvested from the Acca sellowiana plant. Also known as the “Pineapple Guava,” feijoa resembles the shape of an egg, exteriors the color of a lime, and offers a similar texture to a pear. The peel has been suggested as bitter, while the fruit resembles pineapple, lemon, and eucalyptus, offering a slightly tart flavor.

Considering its cultivation in many tropical and subtropical regions, guava is certainly a renowned exotic fruit. Often small in size, round in shape, and pink in color, guavas have variable uses to be appreciated – added into salads, mashed into pastes, smoothed into jellies, or simply enjoyed on their own! Guavas boast in vitamin C and contain large amounts of vitamin A and folate.

Out of the all the exotic fruits, jackfruit may be the most overwhelming related to its large size, as it is considered the largest tree-borne fruit in the world! Its tremendous volume of edible fruit inside coins itself as the “miracle” crop, suggesting it has the potential to feed millions and reduce starvation numbers. Interestingly, the sweet flesh has been used to mimic BBQ products in plant-based diets, such as in this BBQ jackfruit sandwich!

This small, exotic fruit largely resembles an orange. But unlike oranges and other citrus fruits, it is encouraged to be eaten in its whole form – skin and all. The inside pulp is suggestive to be sour, with the skin often characterized as the sweetest portion of the fruit. Like most citrus fruits, kumquats are rich in vitamins C and A and potassium.

Lychees are an exotic fruit mostly requiring warm, humid summers for best development. From afar, it resembles a raspberry but when getting a closer look, a rough, leathery exterior is evident. Once cut into, a white, creamy fruit fills the center with a similar texture to grapes, though slightly chewier. Consume lychees iced, mixed into an almond or strawberry, mint smoothie, or created into a coconut lychee ice cream!

Mango has been coined one of the most popular fruits in the world, and for valuable reasons! Though considered within the same family of plants as pistachios and cashews, their juicy flavor and benefits set them vastly apart from their relatives. Rich in fiber and vitamins A and C, obtaining the benefits can be easily achieved in a jerk chicken with mango salsa recipe, cubed and topped with yogurt, or a unique transformation with three simple ingredients: lime juice, chili powder, and a little salt.

Though often recognized as a fall superfood, pomegranates are traditionally exotic. Within the skin holds rich, ruby red seeds that may be small, but mighty! Pomegranates are rich in powerful antioxidants that may protect against cancer, heart disease, and compromised brain function. Take a guiltless sip of this skinny, purely pomegranate mojito recipe!

Visually appealing, its name is suggestive of its star-like shape. The waxy peel boasts in dietary fiber while its flesh is rich in influential antioxidants. It’s mild, yet floral-like flavor is enjoyed on its own, mixed into a fruit salad, boiled down into sauces, or blended into a refreshing smoothie.