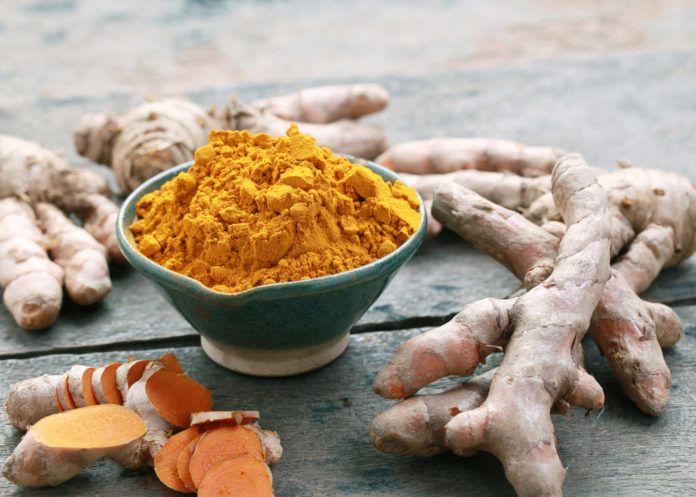 Turmeric has been used medicinally for centuries to fight infections, treat digestive conditions, and ailments far and in between. Though its historical upbringing is extensive, can it really help with all things related to health?

The Benefits of Curcumin in Turmeric

Coming from the turmeric plant, turmeric is a spice bright in color and mostly known for its warm, bitter taste in curry dishes and turmeric tea. But aside from its culinary use, turmeric root is also used to make medicine, primarily related to its curcumin content.

Curcumin, the chemical providing the vibrant color of turmeric, is suggested to reduce inflammation, combat against infection, and manage a number of health conditions detailed below.

Heart disease is the leading cause of death amongst American men and women. A number of lifestyle modifications can protect from heart disease, including the provision of food sources rich in nutrients such as turmeric.

Curcumin may prevent clogged arteries, which reduces the risk of heart attack, stroke, and high blood pressure. Evidence also shows providing low-dose curcumin reduces total and LDL (or “bad”) cholesterol levels in acute coronary artery syndrome, or an umbrella term for conditions in which the heart muscle is suddenly reduced or blocked from blood flow.

There has been much chatter surrounding turmeric and its implications on cancer thanks to its potent antioxidant properties. The Mayo Clinic investigated whether or not curcumin can slow growth.

Though there is no conclusive evidence at this time, clinical studies continue to be underway and “laboratory and animal research suggests that curcumin may prevent cancer, slow the spread of cancer, make chemotherapy more effective and protect healthy cells from damage by radiation therapy.”

Arthritis describes inflammation of one or more joints that often causes pain, swelling, stiffness, and decreased range of motion that can worsen with age. Symptoms can vary from mild to severe, thus compromising the ability to accomplish daily functions and lowering quality of life.

The Arthritis Foundation reports several studies indicate turmeric and curcumin have anti-inflammatory properties and modifies immune system responses, including preventing and reducing joint inflammation and and easing pain in those living with osteoarthritis (OA) and rheumatoid arthritis (RA).

There is a growing interest for curcumin and turmeric in psychiatric disorders, particularly by treating inflammation related to mood disorders such as bipolar depression.

A 2017 meta-analysis, including almost 400 patients, further supports curcumin can alleviate depressive symptoms and reduce anxiety. There were also no adverse events reported in any of the trials, which postulates researchers to submit curcumin appears to be safe, well-tolerated, and efficacious among depressed patients.

Alzheimer’s disease (AD) is the most common type of dementia, a general term to describe a group of conditions that impairs brain function and compromises the ability to think clearly and rationally. The disease is progressive and irreversible, with symptoms likely to develop slowly, worsen over time, and eventually take the lives of those affected.

While the complexity of the disease makes it difficult to treat, curcumin has a potential role in the prevention and treatment of Alzheimer’s disease, as its antioxidant and anti-inflammatory properties show to improve cognitive function.

Topical and oral use of turmeric and curcumin products and supplements may positively effect skin health, including for acne, alopecia, atopic dermatitis, facial photoaging, itchy skin, and psoriasis. Applying turmeric onto skin may also manage skin pain and sores, ringworm, bruising, and wounds.

Dosing Recommendations and Potential Side Effects

Despite the benefit of turmeric and curcumin for numerous health conditions, there are additional considerations related to dosages and potential side effects.

Though there are no set in stone guidelines for turmeric intake, the Allowable Daily Intake (ADI) value of curcumin is 0 to 3 milligrams (mg) per kilogram of body weight based on JECFA (The Joint United Nations and World Health Organization Expert Committee on Food Additives) and EFSA (European Food Safety Authority) reports.

According to WebMD, turmeric is likely safe when taken by mouth or applied to the skin for up to 8 months. The following dosing recommendations of turmeric have also been explored and shown to be safe for treating the following conditions in adults:

Adverse Side Effects and Precautions

When dosed at appropriate levels, both turmeric and curcumin supplements do not generally have serious side effects. However, some people may experience adverse effects when taking large doses, including an upset stomach, nausea, dizziness, and diarrhea.

Additional precautions warned for turmeric consumption include if you are pregnant or breastfeeding; managing diabetes, acid reflux, gallstones or bile duct obstruction; or taking an anticoagulant or antiplatelet medication.

It is always important to purchase turmeric and curcumin products and supplements from trustworthy suppliers, including with verifiable approval seals from the NSF International and U.S. Pharmacopeial Convention. Furthermore, some products also contain added fillers, such as gluten-containing ingredients, which poses significant concern for people living with Celiac disease or gluten sensitivity.

As for taking any sort of herbal remedy or supplement, consult with a primary care provider to ensure upmost safety.