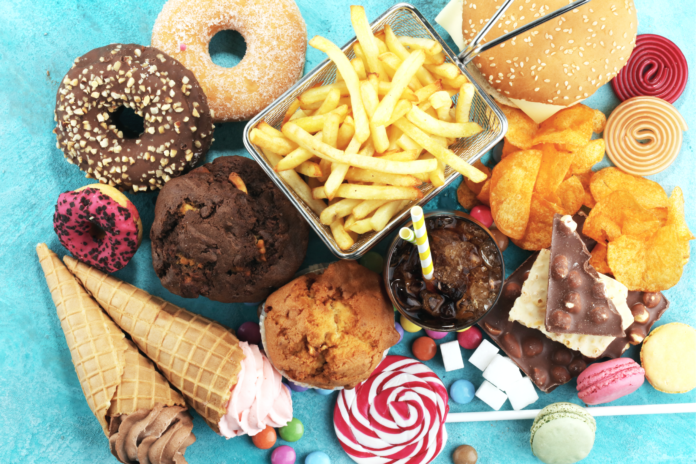 Take to YouTube and there will be hundreds of 10,000 calorie challenges to view. Popularized in 2015, this interesting challenge has stormed the fitness arena and other curious communities. Why in the world did this challenge become all the rage?

Read on to discover all the details including typical foods eaten and the risks of a 10K calorie challenge.

The feat dubbed the 10K calorie challenge arose due to the mukbang videos trend that originated in South Korea. In these videos, participants would willingly record themselves eating abnormally large quantities of food for their fans and followers. Essentially, viewers indulge in binge-viewing binge eating, which might satisfy some people’s desire to gorge themselves.

Although the 10K cal challenge emerged in relation to mukbang videos, it really gained traction when Dwayne ‘The Rock’ Johnson began sharing epic cheat days on his social media platforms. A cheat day generally refers to someone eating large quantities of typically off-limit foods while in a dieting phase or following a strict diet and workout plan. I is typical for bodybuilders and some regular fitness enthusiasts to participate in cheat days once a week to once a month and many also enjoy uploading these types of videos onto YouTube.

Eventually, the concepts of mukbang and cheat days merged into the 10,000 calorie challenge, where someone films themselves for an entire day, revealing exactly what they eat. There are no rules for required foods, but 10,000 calories must be consumed and logged into a food recording application like MyFitnessPal before midnight on the said day.

Because it is surprisingly difficult to consume 10000 calories in a day, most people end up eating high sugar, high fat, processed, and packaged foods to achieve the feat. Quintessential foods eaten include:

So what are the health implications of this trendy challenge?

The health implications of this challenge certainly depend on context but are worth a discussion.

Nonetheless, keep in mind that one day of this eating behavior will not likely exert many long-term complications if any. In fact, it is estimated that the average American consumes 3,000 to 6,000 calories on Thanksgiving each year and similar amounts on SuperBowl Sunday. While this is not necessarily considered healthy, most people recover and rebound back to baseline within days.

Interestingly, the mental and emotional implications may prove more concerning than the physical.

Eating 10,000 calories is going to put a strain on most people’s bodies if they are not vigorously exercising similarly to an olympian like Michael Phelps. Who, ironically, also helped spur this challenge when he admitted to eating upwards of 12,000 calories a day to fuel his training!

Not only will the digestive system be overworked, but the body’s detoxification organs like the liver and kidneys will also be alarmed. Under so much stress, these are some of the physical risks of trying the 10K calorie challenge.

Probably the most obvious side effect of eating this many calories is gaining weight. It is estimated that 3,500 calories equal about a pound of body fat, so one could expect to gain at least two to three pounds in one day. However, most participants reveal that in the aftermath they gain more like 10-15 lbs in one day.

How is this so? Overeating calories contributes to retaining water, and even more so when the extra calories are carbohydrates. Because it is nearly impossible to gain that amount of fat overnight, most of the added pounds are indeed water weight.

However, excess water weight exerts its own health implications in the form of increased blood pressure, sodium balance, hormone regulation, and cellular function in general. It can also make someone feel puffy and bloated.

Calories provide energy, but when someone inhales many more calories than is necessary, the body has to work hard. It shuttles, converts, and stores the additional energy, which is taxing on the body.

As a result of this and the water retention that leads to sluggish cells, lethargy, irritability, and other mood swings are common, and often recorded on the video as well.

Again, eating way too many calories in a short amount of time is a burden on the body, and especially the digestive system that is working triple to quadruple time! Not only does it have to work harder, but it also becomes more likely for partially digested pieces of food to pass through the gut. Unhealthy bacteria then ferment and feed on, causing GI upset in the form of gas, bloating, diarrhea and constipation.

It is not uncommon to see 10K calorie challenge participants in the fetal position due to their GI distress. The foods typically eaten also tend to irritate heartburn and acid reflux.

Perhaps the worst physical consequence is the blood sugar spikes and crashes. Eating large amounts of refined carbohydrates, which is more than typical during these challenges, causes a surge in insulin secretion. Insulin is known as the fat-storage hormone that helps shuttle glucose from the bloodstream into cells. This mechanism is responsible for the crash and burn feeling and wreaks havoc on metabolic health.

Again, while one day of such eating will not wreck health, insulin is a leading factor of nearly ALL chronic diseases. So, it might be worth it to participate in this challenge as infrequently as possible.

Sometimes the body simply cannot handle this amount of energy and will adapt by expelling the food. Eating large amounts of sugar can cause nausea because of the blood sugar spikes and crashes. Vomiting and diarrhea are natural consequences of the body’s inability to process such a large quantity of food.

If it cannot do it, it will get rid of it one way or another! Not to mention, the stress of storing so much food in the stomach can make breathing difficult, which most participants complain about in their videos. Suddenly, walking up half a flight of stairs feels utterly impossible.

As mentioned, the mental and emotional implications may surpass the physical ones consequently.

The first point of consideration is the reasoning behind completing this sort of challenge. Cheat days, in general, are already controversial because they promote the idea that some foods are good while others are bad. This is problematic because someone can begin to fear and avoid certain foods that they enjoy and completely alter their relationship with food in the long run.

As the old saying goes, moderation of all food is key. Only eating conventionally healthy foods all the time with days of gorging on unhealthy foods is less healthy than eating mostly whole, nutrient-dense foods and also including a few fun ones in appropriate portions.

Furthermore, the promotion of binge eating of any sort is highly problematic, bordering on dangerous. Even one experience of binge eating can trigger the brain into unhealthy eating patterns down the road.

Oftentimes, like many of the challenge participants reveal in their videos, binge eating results in restrictive compensation in the days following. While this seems like a plausible solution, this pesky binge and restrict cycle can upset appetite and hunger hormones and is linked with triggering disordered eating and eating disorders.

What’s more, eating large amounts of highly palatable foods triggers a reward-pleasure pathway that, while not scientifically addictive, can surely feel like it. As of now, there is no scientific proof of food addiction, but many researchers believe sugar activates similar hormones and pathways to addiction. This can lead someone to desire to participate in this challenge more regularly.

Eating this much food and likely compensating for it in the days after, multiple times a month, could technically classify someone as having an eating disorder. Plus, the physical consequences would certainly start to wreak havoc. It is plausible that someone would also start to feel out of control with their eating habits and/or start to spend too much time planning for these challenge days.

Related to the above points, filming this kind of challenge can potentially harm viewers even more so than the occasional filmer and participant. Many people who view these videos have an eating disorder themself and are watching them to essentially mimic the experience of eating off-limit or large quantities of foods.

When someone is nutritionally deprived or starved, the brain seeks to make food the forefront of their thoughts. Thanks to technology, this translates into people:

Unfortunately, many participants do not realize they are enabling an eating disorder until they develop their own disordered eating habits and finally understand the effects.

Born from a Korean eating broadcast (mukbang) and popularized by celebrities and fitness influencers alike, the 10,000 calorie challenge is a questionable eating feat. While it may seem fun to gorge on junk food for a day, the mental and physical consequences have lasting implications.

In fact, many participants deem their challenge day as one of the worst and swear never to participate again, while others, unfortunately, create a habit that tarnishes their relationship to food.

Perhaps the 10K challenge involving steps per day is a smarter choice!

What Is ‘Mukbang’? Inside the Viral Korean Food Phenomenon. TODAY. Updated April 5, 2021. www.today.com/food/what-mukbang-inside-viral-korean-food-phenomenon-t123251.

The 4 Health Benefits of Coconut Milk