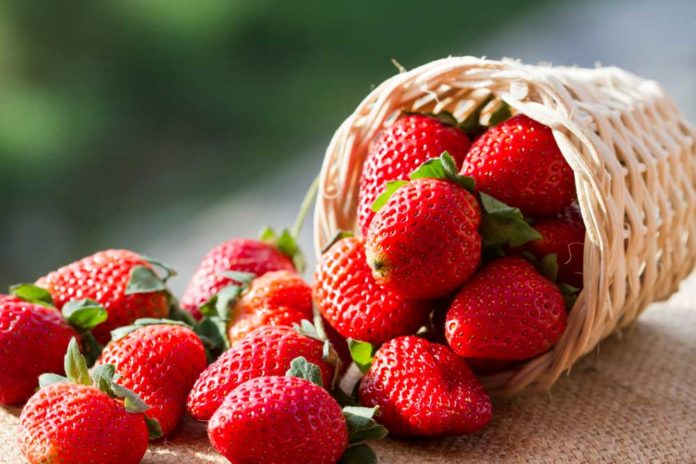 EWG’s 2017 Dirty Dozen list singles out which produce contains the largest loads of pesticide residue. It is also important to note the foods are tested after they have undergone proper cleaning and in some cases, peeling. The Dirty Dozen are ranked from the most contaminated to the least and include the following:

On the contrary, the Clean Fifteen are considered to be the “cleanest” of the crops, and include the following listed from the least contaminated, or lowest residues detected:

*A small amount of sweet corn, papaya, and summer squash (not listed) sold in the U.S. is produced from GMOs (genetically modified organisms). If concerned regarding or avoiding GMOs, buy organic varieties of these crops.

How to Avoid Pesticides-Laden Fruits and Vegetables

First off, the listed Dirty Dozen fruits and vegetables is not by any means stimulated to lead you astray from consuming them, as fresh produce prevails over highly processed and refined foods that are filled with sugar, fat, salt, and other additives. Although more research is warranted to better understand pesticides on human health, it is important to raise awareness of pesticides. Research has shown their intake can provoke the risk of a number of health conditions, including brain and nervous system toxicity, cancer, hormone disruption, and skin, eye and lung irritation. Consumers can lessen their risk of consuming pesticides by purchasing organic produce when possible to not only reduce physical exposure, but to support environmentally friendly farming practices. While purchasing organic-everything is not always a feasible option, the EWG’s Shopper’s Guide to Pesticides in Produce aims to help consumers make the healthiest choices given individual circumstances. For more information on the foundation of EWG and their ongoing efforts here.

5 Reasons Why You May Want to Rethink Cheat Day

8 Ways to Motivate Yourself to Workout

What Are the Best Supplements to Boost the Immune System?