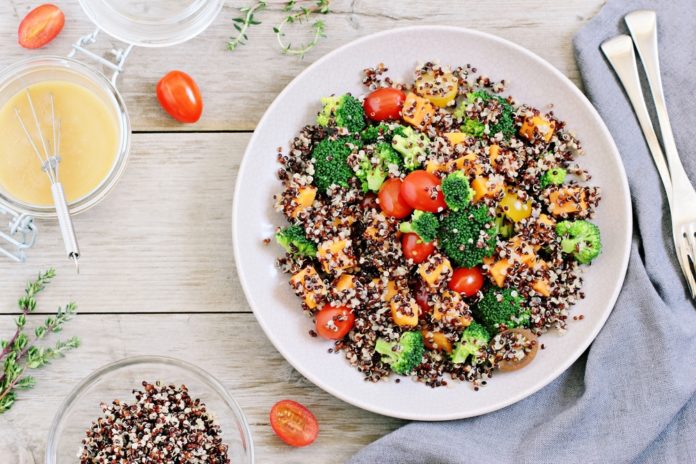 What Are Complete Proteins?

Soy is perhaps one of the most notorious plant-based foods filling the diets of vegetarians and vegans. Despite the nutritional differences between tofu and tempeh, each are esteemed contenders in the plant-based protein game. Edamame is also considered a complete protein, delivering nine grams of protein per half cup. Enjoy edamame as snack, mixed into Asian-inspired cuisine, or in this bistroMD’s edamole recipe. And for those with a dairy allergy or lactose intolerance, soymilk is a notable alternative to traditional cow’s milk.

Supplying eight grams of protein per one cup serving, quinoa is not only considered a complete protein, but is also full of fiber, iron, and magnesium. Though quinoa is mostly used as a rice substitute, it also complements a number of flavorful recipes.

While buckwheat may not contain the same volume of protein as quinoa, it still is a valued complete protein. But contrary to its name, buckwheat is not kin to wheat or even a grain at all, and is actually a type of seed. Buckwheat can be enjoyed for breakfast, lunch, and dinner, including in these eight recipe ideas.

Along with supplying nine grams of protein per ¼ cup, fall’s favorite seed is considered a complete protein. Aside from the protein of pumpkin seeds, they are rich in healthy fats and supply advantageous fiber for digestive and heart health. Find the health benefits pumpkin seeds are shown to provide and nutritious recipe ideas here.

Rice and beans may just be one of the the most budget-friendly complete protein duos. Along with packing protein, the combo is also a significant source of fiber. And considering the wide varieties and versatility of each, the flavor pairings are endless, including this vegetarian taco bowl.

Considering peanuts are a legume, smearing natural peanut butter on top of whole-grain bread produces complete protein. But aside from that childhood classic, top whole grain toast with PB and banana chunks, apple slices, fresh blueberries, cinnamon, and other favorite naturally-sweetened garnishes for a quick breakfast or snack!

Though the childhood classic is sometimes hard to bargain with, peanut butter is not confined to bread… As it enriches the flavor of noodles in this spicy Thai recipe! But in addition to the enticing essence of the dish, the pairing of noodles and peanut butter equals a complete protein.

Hummus is a noteworthy protein source thanks to its use of chickpeas, also known as garbanzo beans. Though chickpeas offer plant protein, they are considered incomplete and need the assistance of a whole grain, which can be “completed” by pairing hummus and whole grain pita slices.

Though they tend to be overlooked, peas are a high protein vegetable offering seven grams of protein per one ounce. The podded veggie is rich in B vitamins as well as vitamins A and C, thiamin, and iron. Along with throwing peas in soups and casseroles, their inclusion in fried rice produces a complete protein.

Lentils are a part of the legume family and come in three main varieties, including brown, green, and red. Along with supplying nine grams of protein per ½ cup, lentils are an excellent source of fiber, folate, and iron. Like peas, lentils can complement grains and meals to create a complete protein, and comprises this barley lentil soup recipe.

While consuming the combos together is beneficial and boosts the volume of the meal plate, nutrition experts suggest consuming complementary proteins at the same time is not required. What matters most is embracing a well-balanced diet, as protein needs can be met by consuming varied sources throughout the day.

15 Foods Packed with Vitamin K & The Benefits of Vitamin K