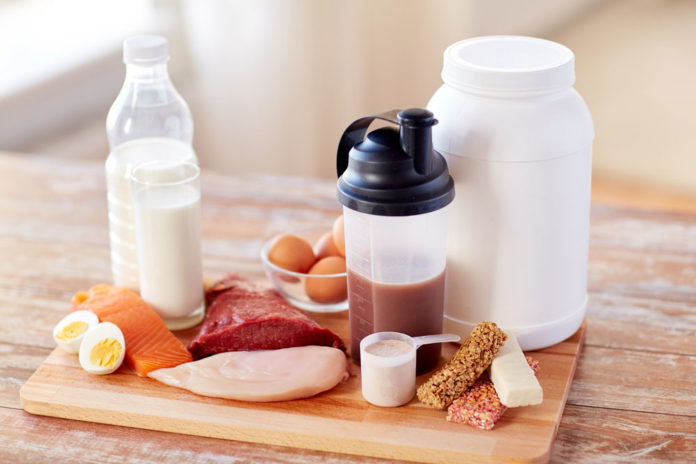 Protein is considered a valuable player in winning the game of weight loss. Although its intake is essential to health and can assist in weight loss, can you actually eat too much protein? And if implementing a high-protein diet, are there noticeable physical changes to recognize its consumption in excess?

Can You Eat Too Much Protein?

Simply put, yes because realistically, you can eat too much of anything. If that “too much” food overbears on other food groups, the body may be losing out on precious nutrients found in other food products. And when it comes to protein, you may experience the following signs and symptoms if consuming too much.

Though individuals increase protein intake to lose weight, too much protein may actually lead to weight gain. The gain is mostly related to normal metabolic physiology, specifically energy balance. When calories in exceeds calories out, calories add up and lead to weight gain. And if protein is consumed in high amounts, the excess calories will more than likely be transformed and stored as fat in the body and lose its associated benefit of weight loss.

And not necessarily for the better… Though subjective and mostly self-reported, individuals can experience mood alterations. When initiating a high-protein diet, carbs are primarily the first to get the boot. And since carbs act as the body’s primary fuel source, a low-carb and high-protein diet can leave the brain and other vital organs left without its known and consistent energy source. The notorious “brain fog” and fatigue can cause irritability and even feelings of anxiety and depression.

The body thrives on balance, requiring nutrients from all food groups to optimally function. When too much protein takes over, the diet is left with little room to embrace additional food groups such as whole grains. Especially if focusing primarily on protein from animal sources, fiber is naturally absent. When not achieving the recommended 25 to 38 grams of fiber per day, you may experience gastrointestinal upset and constipation, as the body largely relies on fiber intake for bowel regularity.

Also known as halitosis, bad breath is mostly caused by poor dental hygiene practices. However, it may also arise during a high-protein diet, especially if reducing or eliminating carb sources, causing the body to burn fat as fuel. The process of ketosis (a state of fat-burning) produces chemicals called ketones, the primary culprit of a metabolic breath change.

Mostly noted in the later stages of a high-protein diet, the kidneys may be compromised and damaged. The kidneys are responsible to excrete a wide variety of byproducts from ingested foods. Specific to protein, the kidneys eliminate nitrogen produced following protein digestion. If the kidneys are bombarded with protein, they may not be able to match and equilibrate protein input to protein output. Nitrogen is more likely to buildup in the body system, with the potential to cause kidney damage or disease overtime.

Protein recommendations differ based on various factors, including gender, age, activity level, and bodyweight. But setting all factors aside, the average adult is recommended to obtain 0.8 grams of protein per kilogram of bodyweight, further setting a minimum of 56 grams for men and 46 grams for women per day. Along with obtaining the quantifiable amount, the quality of the protein should also be considered. With the vast majority of protein sources being animal-based, fat content may naturally join, especially in the form of saturated fat. Diets rich in saturated fats are suggested to increase not only weight, but associated to heart disease.

The American Heart Association (AHA) identifies two to three ounces of cooked lean meat, poultry, or fish; half cup cooked dry beans; or two tablespoons of peanut butter as protein servings. To put into perspective, three ounces of meat is about the size of a standard card deck and will provide roughly 21 grams of protein (one ounce of meat offers approximately seven grams of protein). When choosing red meats, look at the label for key words like “lean” and “extra lean” and any sort of “loin” to reduce total fat content. Processed meats, such as packaged sausages and hot dogs, are suggested to be limited to one to two servings per month.