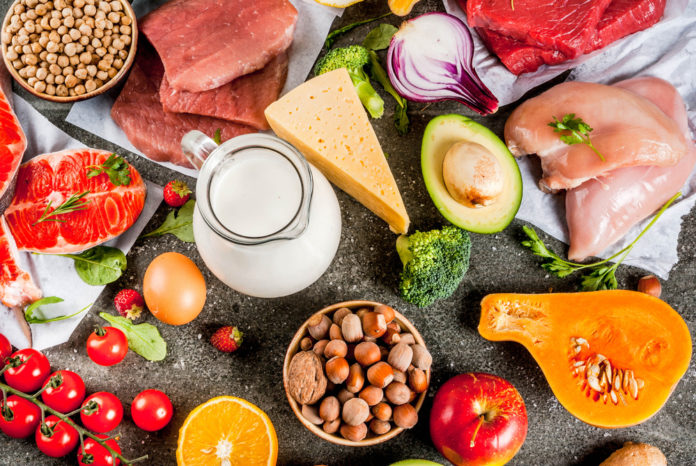 As if there was another reason eat your broccoli at the dinner table… Broccoli contains two phytochemicals (cyanohydroxybutene and sulforaphane) that may restore glutathione levels. Cauliflower, Brussels sprouts, kale, arugula, and collard and mustard greens also supply the phytochemicals.

2. And Veggies, Fruits, and Meat

Since glutathione is found in virtually all plants and animal cells, it makes sense to go for veggies, fruits, and meats. But researchers suggest glutathione foods are generally insignificant in single-handedly boosting GSH alone, but rather most of the benefits comes from swapping out highly processed foods with more natural and nutritious sources to lessen inflammation in the body.

While nutrition experts encourage individuals to obtain nutrients from whole foods, a multivitamin can help fill any nutritional gaps. Additionally, selenium and vitamins C and E are noted contributors of GSH, acting as synergistic antioxidants to prevent against cellular damage.

4. Be Pro for Whey Protein

Milk is divided into two proteins, casein protein (making up 80 percent of milk) and whey protein (comprising the remaining 20 percent of milk). Whey protein is a complete protein, meaning it supplies all the essential amino acids the body cannot manufacture on its own. Whey protein is said to replenish glutathione by boosting cysteine levels, as the amino acid is required for the production of GSH directly in the cells.

Along with considering the food we ingest, we must reflect on harmful toxins that may by depleting glutathione. Limiting alcohol consumption is an obvious way to reduce toxin load, subsequently keeping glutathione running at an efficient and optimal level.

Although “maintain health” is somewhat of a generic statement, doing so can lessen stress within the body. In addition to consuming a well-balanced diet and reducing alcohol intake, regular exercise, sleep, and stress management can combat systemic inflammation and safeguard glutathione levels.

The following supplements have been explored to boost glutathione:

When it comes to oral glutathione supplementation, research has mostly been significant in animal studies or unsuccessful in human volunteers. But a recent study published in The FASEB Journal set out to enhance body stores of GSH via supplementation, finding 1000 milligrams a day over a 6-month span increased GSH by 30 to 35 percent.

Lipoic acid helps restore GSH levels, with a study published in BioFactors suggesting lipoic acid may have restore severely glutathione deficient cells. Lipoic acid is naturally produced in the body and can be purchased in supplemental forms.

Though well-known and utilized to manage and treat insomnia and sleep disorders, melatonin has also been shown to effectively raise GSH levels in many tissues including those of the brain, liver, muscle and blood serum. Though there are a few select sources of melatonin, such as tart cherries, it is mostly taken as a supplement.

Cancer patients have used milk thistle for years, as it has been suggested to protect the liver and kidneys from toxic effects from chemotherapy. Researchers speculate its healing benefits relate to its ability to enhance GSH. While milk thistle can be used safely, its use should be under the direction and advice of a medical professional to reduce the risk of toxic reactions.

Glutathione can be administered intravenously at a hospital, clinic, or doctor’s office. However, IV glutathione is reserved exclusively in the case of a severe glutathione deficiency, such as during cancer treatments and HIV/AIDS treatments, along with deficiencies related to genetic defects.

While supplements are readily accessible, consumers should tread cautiously when desiring their use. Consulting with a primary care provider can help users determine whether or not a supplement may be beneficial, which are considered safe, and a proper and safe dosage as needed.

14 Cauliflower Recipes to Enjoy Without the Guilt

11 Foods You Should Shy Away from for Your Health