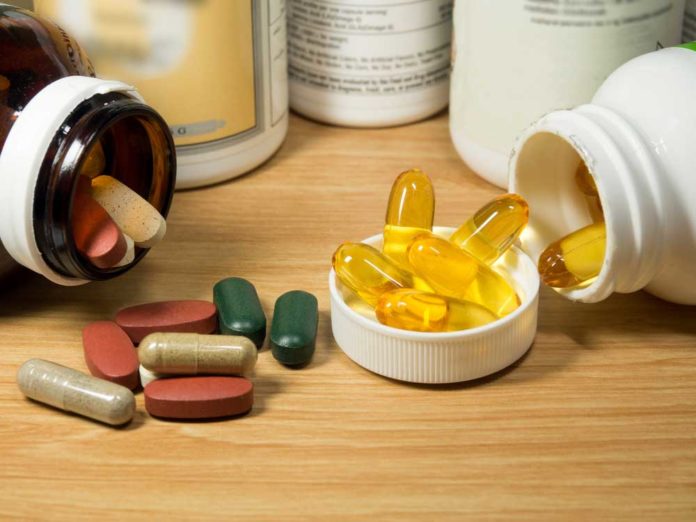 What is Algae Oil?

Also known as algal oil, the oil is derived from sea algae. The algae is a significant source of omega-3 fatty acids, a type of polyunsaturated fatty acids (PUFAs) continuing to show great benefit to health. Omega-3s are further broken down into eicosapentaenoic acid (EPA), docosahexaenoic acid (DHA), and alpha-linolenic acid (ALA). EPA and DHA are naturally found in cold-water fish following intake of omega-3s from plants, while alpha-linolenic acid (ALA) is primarily found in plant products such as flaxseeds, walnuts, and pumpkin seeds.

When fish consume the algae, they are able to store and concentrate the omega-3 fatty acids. So if following a vegetarian lifestyle free of fish, algae oil can be a valuable alternative in obtaining omega-3 fatty acids. But beyond being strictly plant-based to suit a vegetarian or vegan diet, individuals may select an algae omega-3 supplement based on fish allergies and its potential risks of and unpleasant side effects its described to have. Additionally, algal oil is touted as a more environmentally-friendly and sustainable method for relaying omega-3s.

Does the DHA from algae oil stack up to fish and fish oil? Promising research suggests yes! In fact, a 2008 study published in The Journal of the American Dietetic Association compared the nutritional availability of DHA from algal oil and fish oil and cooked salmon. By measuring the delivery of DHA to both plasma and erythrocytes (or red blood cells), researchers found fish and algal-oil capsules were equivalent, along with being well-tolerated by the participants. Further research published in the Critical Reviews in Food Science and Nutrition also showed the ingestion of algal oil led to significant increases in blood erythrocyte and plasma, proving as an effective alternative source of DHA.

Plant-based supplements produced from algal oil generally contain anywhere between 100 to 300 mg of DHA, along with some content of EPA. Additionally, while there is no set standard regarding how much omega-3 and DHA you should be obtaining each day, the U.S. Food and Drug Administration (USDA) advises to consume no more than three grams a day of EPA and DHA combined, including up to two grams a day from supplements. Since it can be more difficult to create a potent omega-3 supplement from marine algae, it is important to determine how much DHA and EPA the algal oil contains to deliver all the potential health benefits. But on a final note, it is imperative to consult with your primary care provider before taking any sort of supplement. Their knowledge and expertise can guide you into a safe product and establish an appropriate dosage to meet nutritional needs, along with additional guidelines concerning a vegetarian or vegan diet.

5 Reasons Why You May Want to Rethink Cheat Day

The 11 Best Health & Wellness Products for Your Life