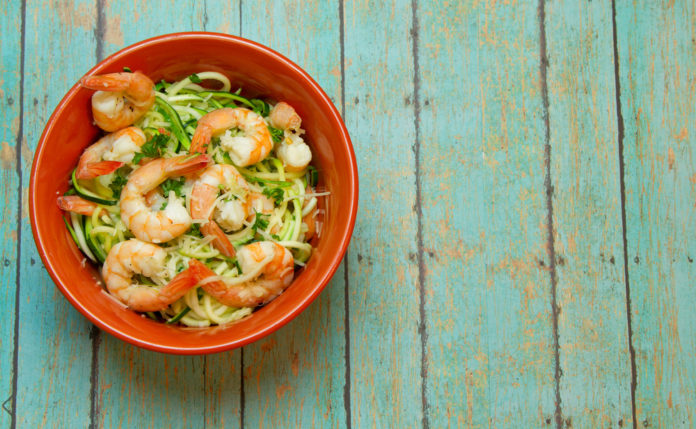 From ketogenic diet benefits to risks and side effects, discover the unveiling truths of such a recognized diet.

What Is a Ketogenic Diet?

Also coined keto, the ketogenic diet is a very low-carb, high-fat diet. The drastic reduction of carbs puts the body into a metabolic state known as ketosis, a process in which the body produces ketones from body fat, using them as energy. Altering into the state of ketosis mostly limits access to glucose. With glucose absent in the bloodstream, insulin release is dramatically reduced and body fat releases and transfers fatty acids to liver, where are they converted into ketones and used as primary fuel. The conversion of fatty acids to ketones is critical, as ketones are able to cross the blood-brain barrier and provide energy to the brain, unlike fatty acids.

A standard ketone diet utilizes a ketogenic ratio; either three of four grams of fat for every one gram of carbohydrate and protein, translating to an approximate 75 to 80 percent of daily calories coming from fat and 50 grams or less of carbs per day. With such an increased need of fat, there is a heavy use of heavy whipping cream, butter, mayonnaise, oils, and high-fat meats.

Emerging evidence and studies have revealed the following benefits when following the ketogenic diet. Perhaps one of the most studied uses of a ketogenic diet is related to the treatment of epilepsy and seizures, primarily in the pediatric population. Significant data suggests fifty percent of pediatric patients see at least a 50 percent reduction in seizures and 10 to 15 percent become seizure free when following a ketogenic data. Additionally, epileptic adult patients who cannot decrease through conventional methods have shown to benefit from a ketogenic diet. Other suggested advantages of following a ketogenic diet include fat and weight loss, diabetes management, and a reduced risk of developing age-related diseases such as Alzheimer’s disease and dementia.

Ketogenic Diet Risks and Side Effects

Especially when first beginning the ketogenic diet and transitioning into a state of ketosis, most individuals report brain fog, fatigue, dizziness, and headaches. Additional side effects may include cravings, changes in bowel habits, leg cramps, bad breath, and fluid and electrolyte imbalances. Further risks are related to nutritional deficiencies, as dramatically cutting out a widespread of food groups and sources, such as whole grains and other carb sources, can dramatically reduce the intake of fiber and beneficial nutrients.

The (High-Fat) Meat and (Lack of) Potatoes

All-in-all, following a ketogenic diet has shown to be safe. But going keto is similar to all diets, as they are vastly dependent on personal health goals and whether or not they can be adhered to. Especially if engulfed into the Westernized diet, sustaining on the ketogenic diet may be difficult, along with tolerating such a high amount of fat. And unlike making small, gradual changes towards an ongoing healthy lifestyle, following the ketogenic diet requires strict adherence; there really is no sort of forgiveness, as gravitating off keto can reverse the metabolic pathway of ketosis. Most nutrition experts discourage such extreme diets unless advised by a healthcare professional, though encourage prospective followers to seek out expert guidance to lessen the risk of potential side effects and nutritional deficiencies, along with deciding whether or not the ketogenic diet may be suitable for you.

Unlike the ketogenic that requires strict guidelines, Balance by bistroMD offers flexibility to best fit your health goals and lifestyle. Utilizing fresh and whole ingredients, along with offering low-carb and other specialty options, each meal is nutritionally adequate to the meet the body’s needs for optimized health. From an English muffin sandwich with egg, ham and Swiss cheese, to lasagna with garden marinara, to breaded catfish with tartar sauce and slaw, feeling deprived is out of the question with so many flavorful food options! Find more about the a la cart meal delivery service here.

What to Look for When Searching for a Meal Delivery Company